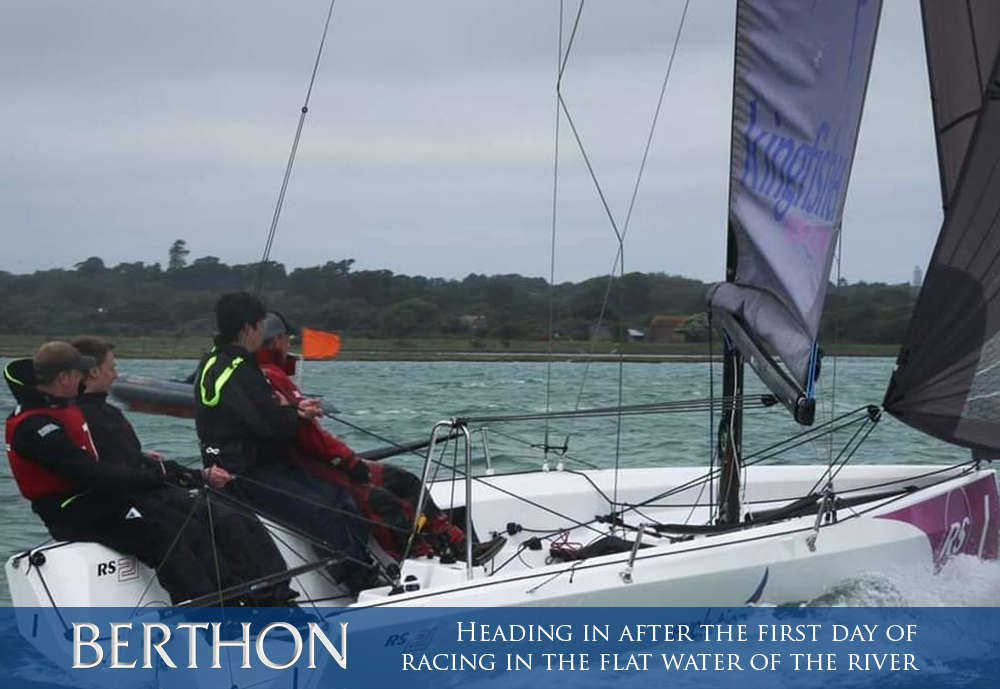 Berthon team competes is the British Keelboat League, a championship to find the best club at short course umpired racing. Over the weekend of the 15th and 16th June two of our employees, Joe Gallivan (1st Year Electrician Apprentice) and Will Taylor (Project Manager) competed in a Team from the Lymington Town Sailing Club (LTSC) at the British Keelboat League South Qualifier hosted at Royal Lymington Yacht Club. The other 2 sailors on the team are both members of LTSC, Greg and Liam. Liam also has a connection to the Berthon team with his J80 being dry sailed from the boatyard.

The British Keelboat League is a championship to find the best club at short course umpired racing. Races last 12 minutes total over 2 laps with a 3-minute countdown, this results in lots of races over a weekend. The racing is completed in supplied RS 21’s so it is as simple as entering, turning up and racing. With 10 teams entered and only 5 boats available to sail in, teams stagger the boat changes to one per race with each team ending up racing for around 3 races at a time (unless your first to be switched out, and then swapping out to allow another team to do their races.

With being located so close to Royal Lymington Yacht Club we were able to go for a quick practice sail on Friday evening after work (IE we had cheeky advantage over guest teams from elsewhere!). Having seen one other team practice earlier in the day we saw this as a vital opportunity to familiarise ourselves with the boat that only Liam had sailed previously. After defining our roles we quickly set about boat handling, and it was safe to say the first few manoeuvres were not pretty but by the time we headed in, we felt confident in what was required of each individual.

The racing on Saturday was incredibly close with the race officer making the decision that spinnakers would not be flown owing to gusts up to 20 knots which with the large spinnakers they carry posing potential damage to not only life & limb but also the boats themselves; obviously this was disappointing but it did help ensure the racing often came down to the final 50m before the finish line. With a strong SW breeze and an ebbing tide the Solent was lumpy at times and tactics were fairly simple for the races, getting into the tide upwind and then surfing the best waves downwind. Racing went from 10:45 to 16:00 with 13 races completed, with all teams achieving at least one top 2 result.

After the first day of racing the results were super tight but we had done well to achieve 3 1st‘s and 3 2nd‘s in the 6 races we completed this left us at the top of the table. With other teams having at least 1 bad race (below 4th) and with no discards this meant the focus was on consistent results at the top end of the fleet.

The second day started similar to the first with slightly more wind but the tide was still on the flood giving us a few hours of flatter water. With the wind stronger than the previous day the race officer again decided to go for no spinnakers and first reefs; this was accepted by all competitors and like the previous day ensured everyone was pushed to get the maximum performance but never out of control. Unfortunately, we were only able to get 4 races in with us only doing 1 of those. In the race we competed we were winning but down the final run we just lost 2 positions from being covered so ended up 3rd. However, thanks to our previous day’s results this was enough for us to claim first place for the weekend; this meant we joined with the team in second place to qualify for the National Finals to be hosted at the end of September at Queen Mary Sailing Club, West London. 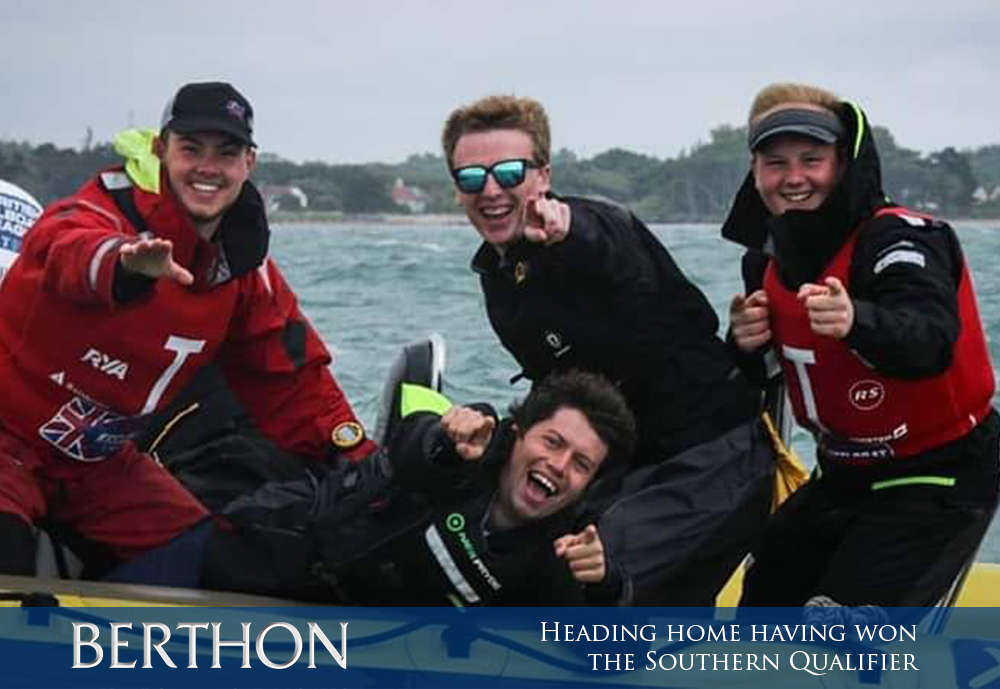