Some rare and great photos and video of the fleet of Geminis operated by the NSW Water Marine Police teams. These Geminis have been specially modified and equipped for specialist roles in the region including Interdiction, Insertion and boarding.

Other key users in similar roles include:

Footage and photos of these key users are rare but on occasion we get sent some interesting shoots, including this one from the Royal Australian Navy, who operate a fleet of Geminis a These Gemini 7.8m were modified and developed to support the Australian Navy dive support unit. A rare photo below of the dive unit in operation.

Plus Special Force Teams operating Gemini in roles from Insertion, interdiction and interception include: 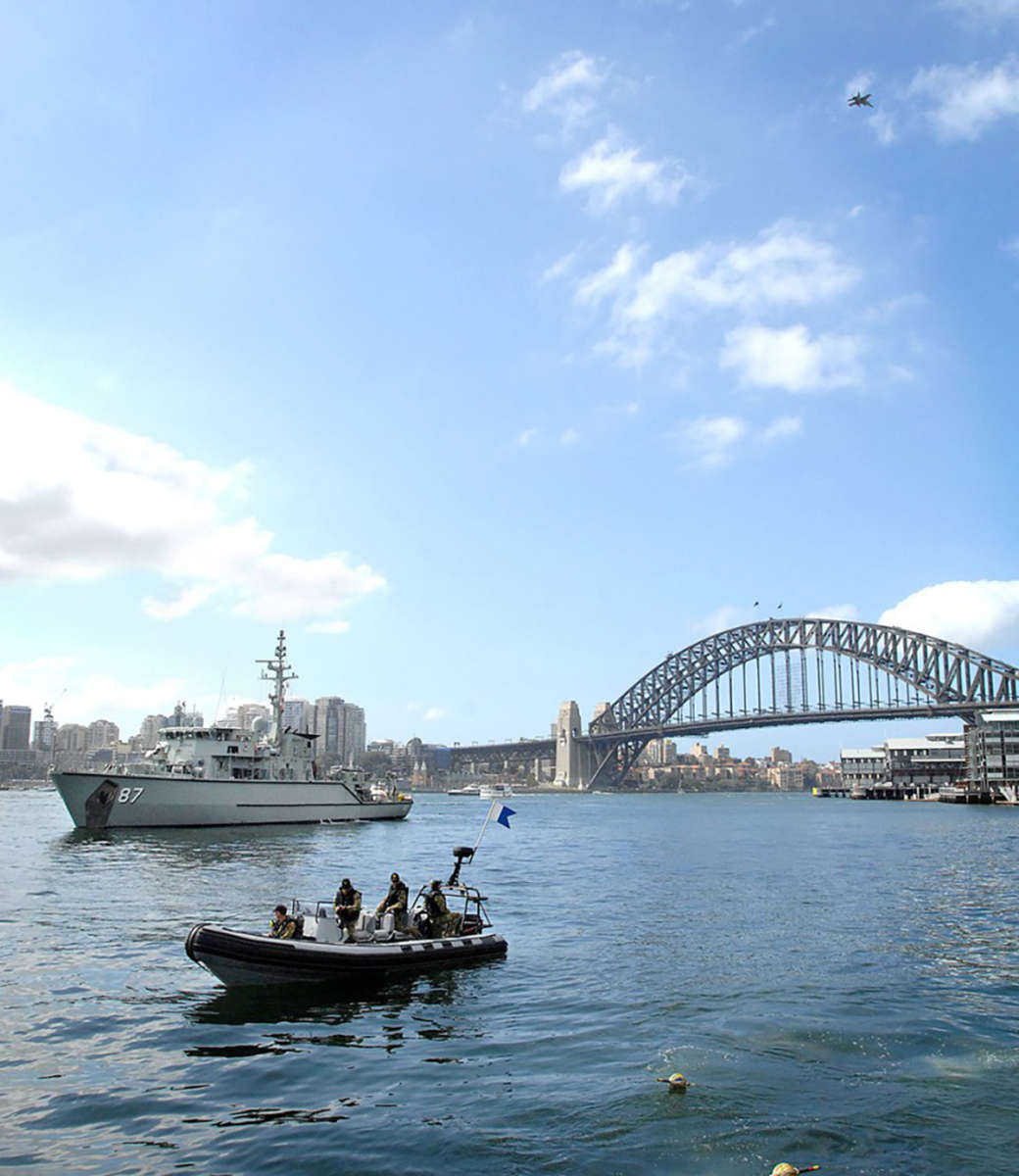 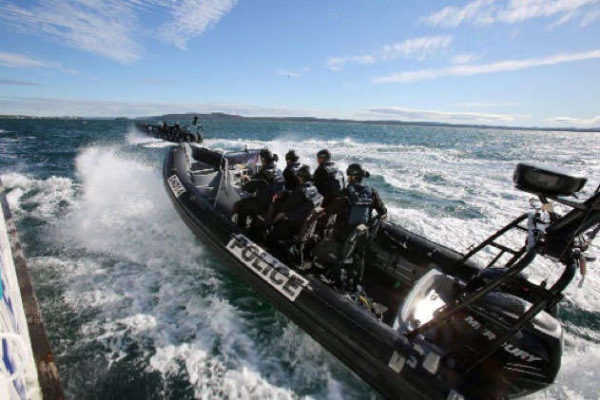 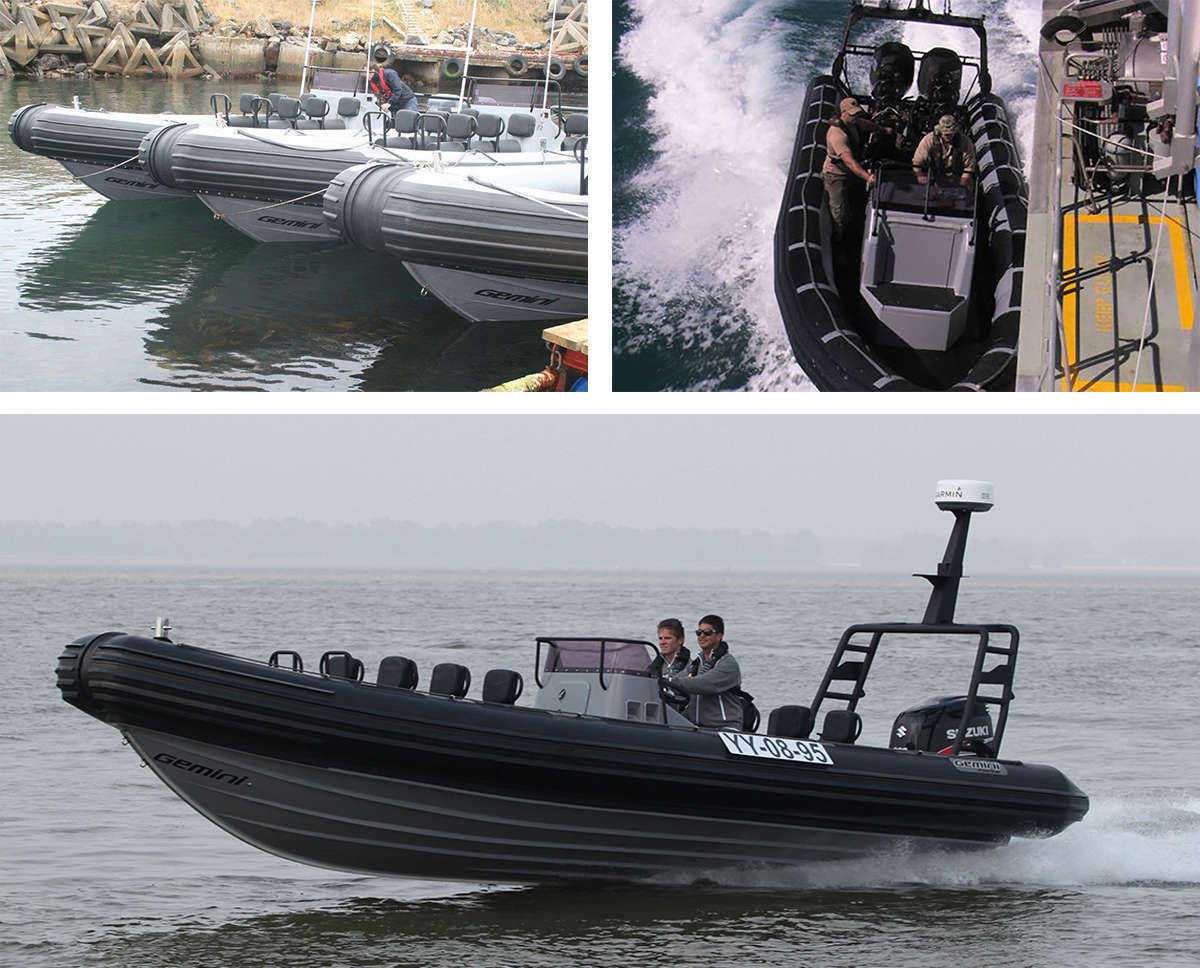 Supporting the UK Police Force, this Gemini WR 1060 Cabin not only protects the crew from the damp British weather allowing them to remain on patrol for a longer period, it has been equipped, modified for Specialist Law enforcement roles, whilst meeting local authority compliance. 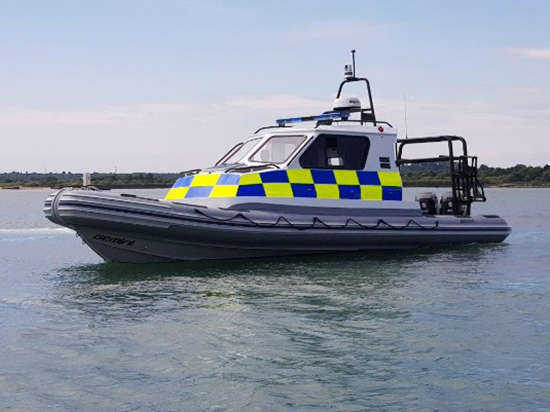 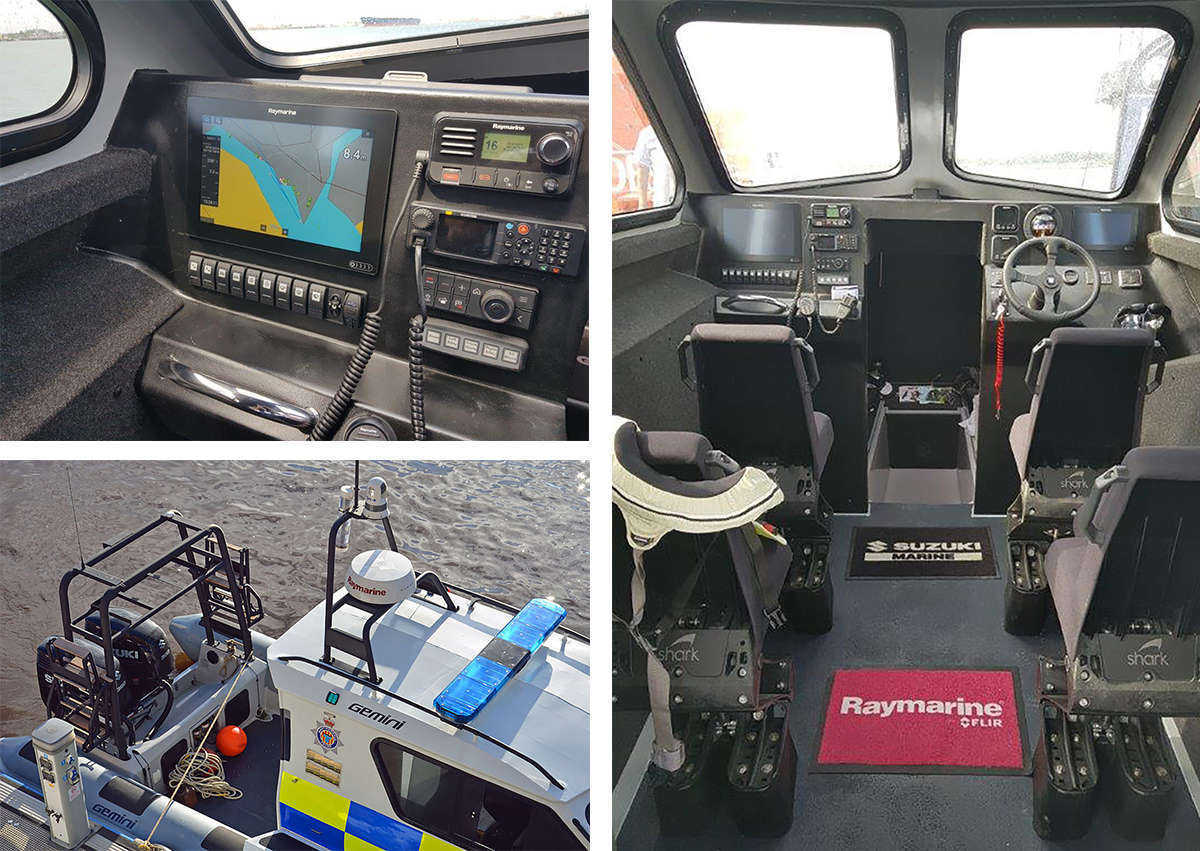 Fluid Boats, the US dealer for Gemini Bots, has designed and strengthen the Gemini 1060 to  incorporate Shockwaves ICE3 suspended cockpit.

The ICE3 is a patented suspended cockpit which is designed to provide advanced, adjustable, multi-axis shock mitigation for vessel crews, personal effects and electronics. If required the ICE3 can also carry climate controls, weather protection, sensors, antennas and self-righting gear.

The suspension components were developed by mirroring successful NASCAR race chassis designs. Fully adjustable Shockwave/FOX Racing shock absorbers are on each corner and a sway bar is included, which has variable rates to limit pitch and roll. The ICE3 chassis can be configured in any length or width and has been produced to date in configurations from 2 to 6 passengers and crew. 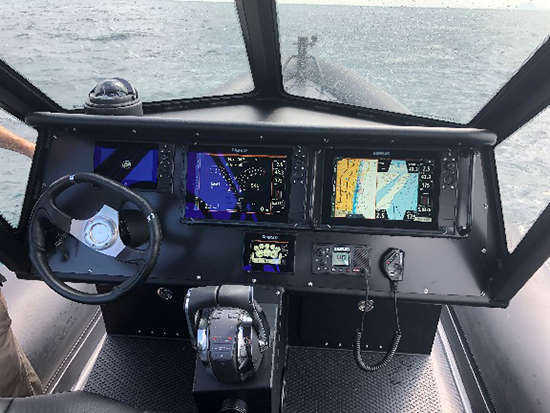 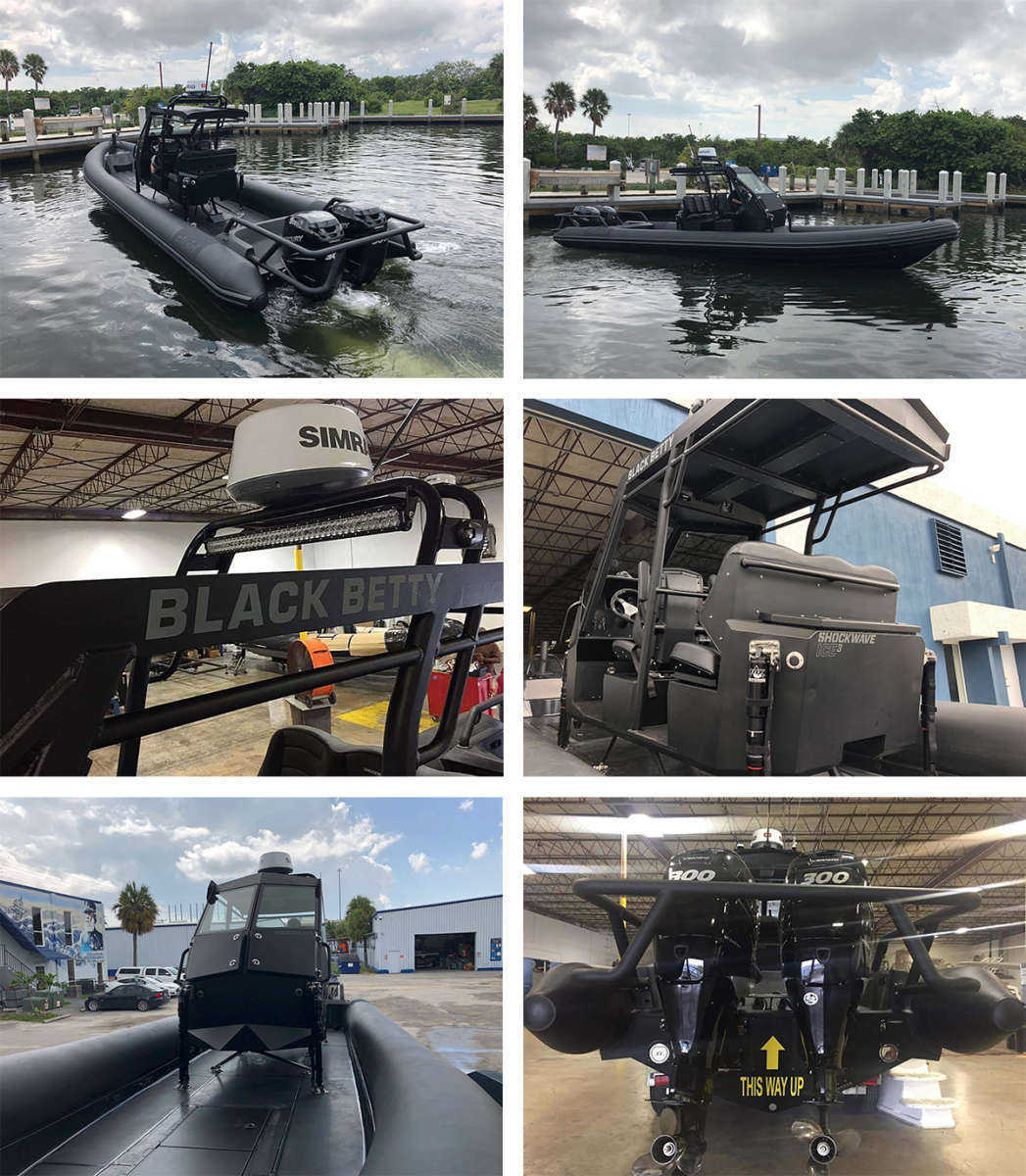 Gemini are in service with the following agencies:

With the St Helena Island Airport Crash rescue team, operating in support of one of the remotest airports on the globe. 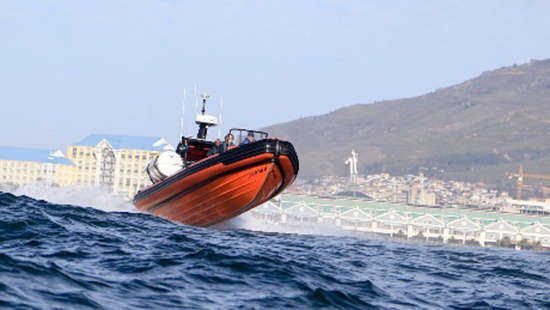 Some of the world’s best designs are run in NSRI rescue fleet, and so it is with great pride that an amazing 63 out of 80 boats in the South Africa’s National Sea Rescue fleet are supplied and serviced by Gemini. 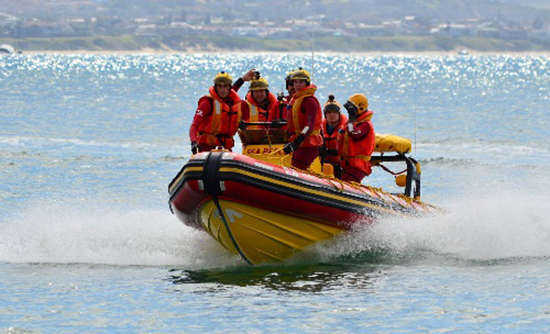 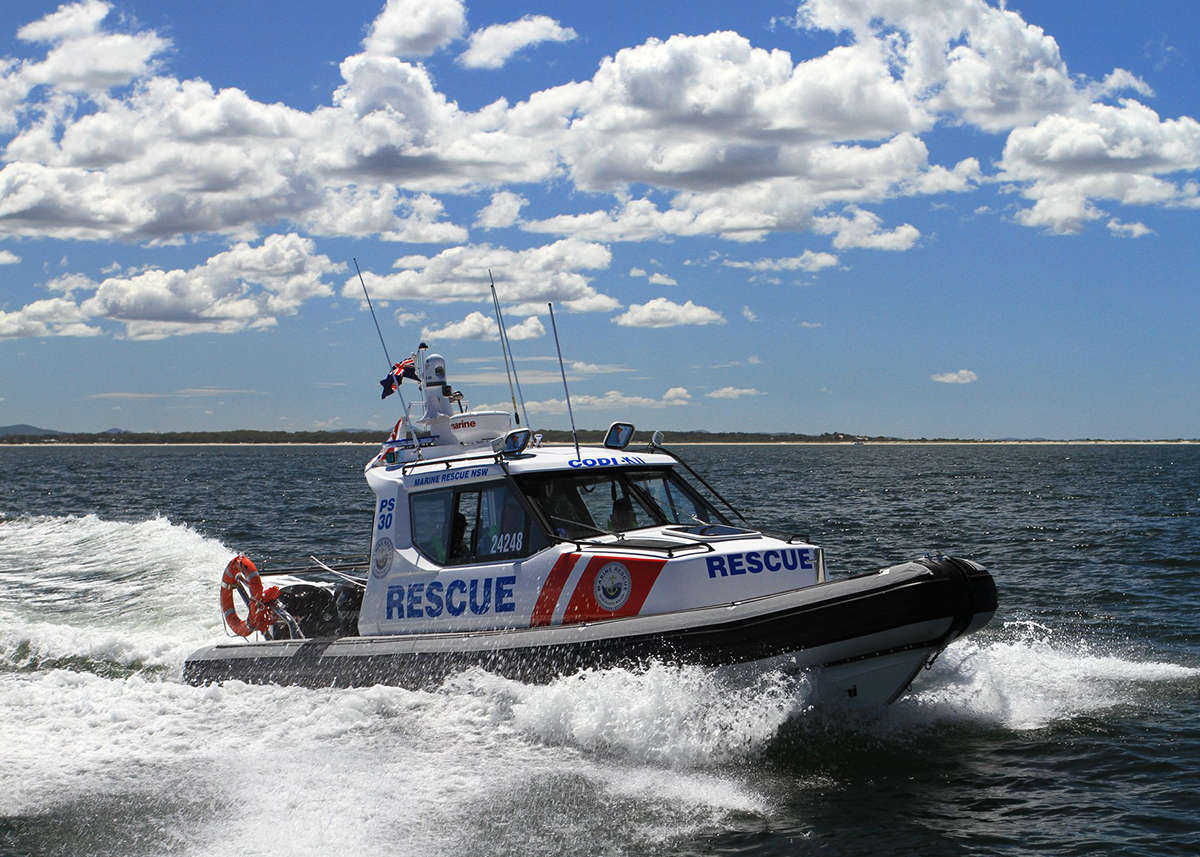 Boskalis Westminster one of many Commercial Clients Operating Geminis

Engineering support, Workboat, Crew transfer are just a few of the operational roles for this New Gemini WR880 in service with one of the UK largest and leading dredging firm Boskalis Westminster. 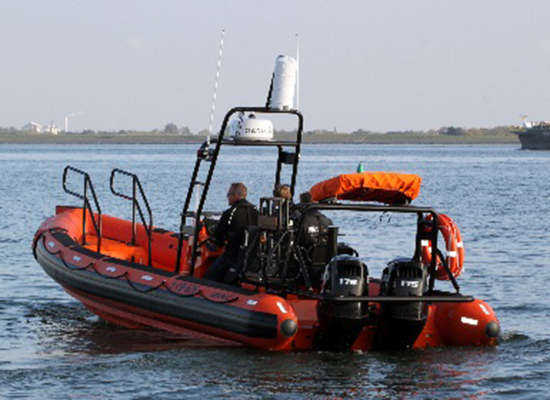 Gemini RIBs are in service with the following fisheries agencies protecting marine wildlife: 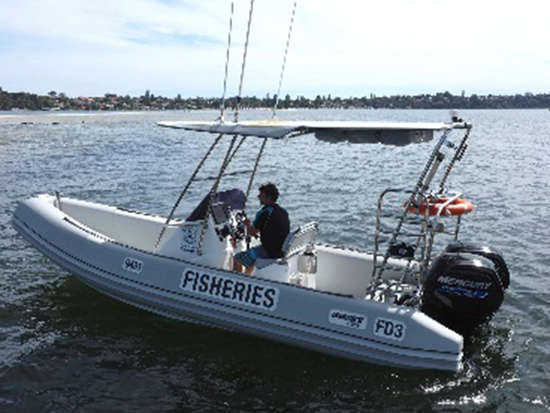 Gemini RIB’s are tested to withstand extreme conditions. One of the most demanding tests is drop testing from 40ft in the air, Testing hull, deck and tube integrity 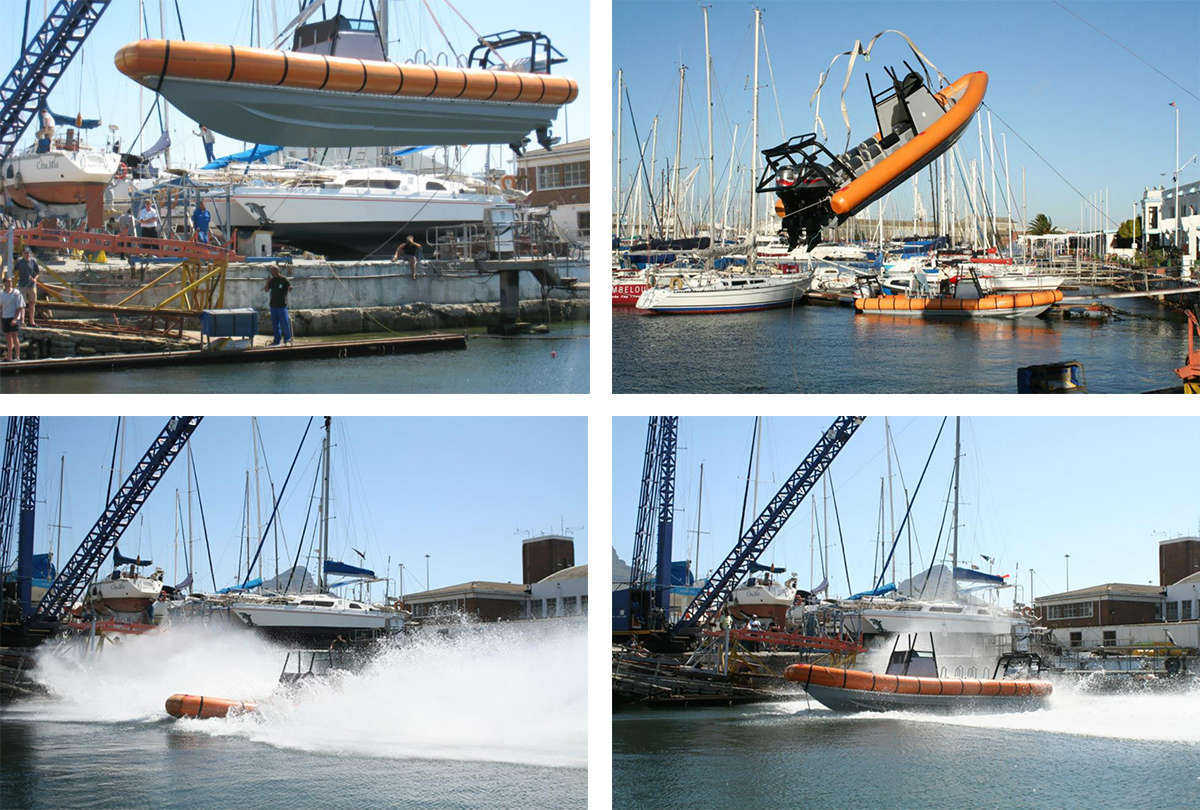 National Sea Rescue Team cut a 30ft whale free from a fishing net, off the coast of South Africa. The infant humpback whale had six ropes tangled around its body and three wrapped around its tail when rescuers found it. Members of the South African Whale Disentanglement Network (SAWDN), Cape Nature Conservation officers, Department of Oceans & Coasts and members of the National Sea Rescue Institute (NSRI) ventured out in two NSRI rescue craft, built by Gemini Marine, and were able to save the stricken whale.

The large ribs in the Gemini range have been strengthened and modified for improved interoperability with “Mother Vessels”. Fitted with single point, multipoint lift or painter hook system and compatible with deck cradles and cranes, allow ease and safe interoperability with the mothership: 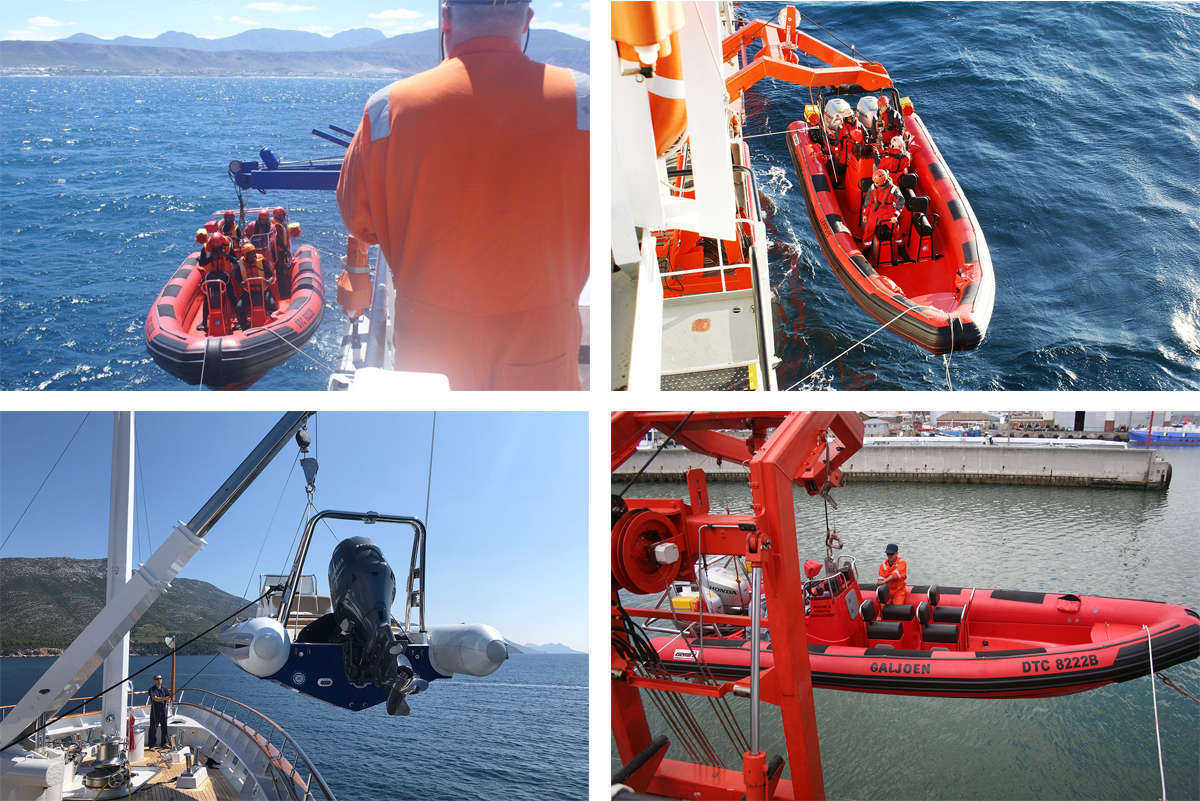 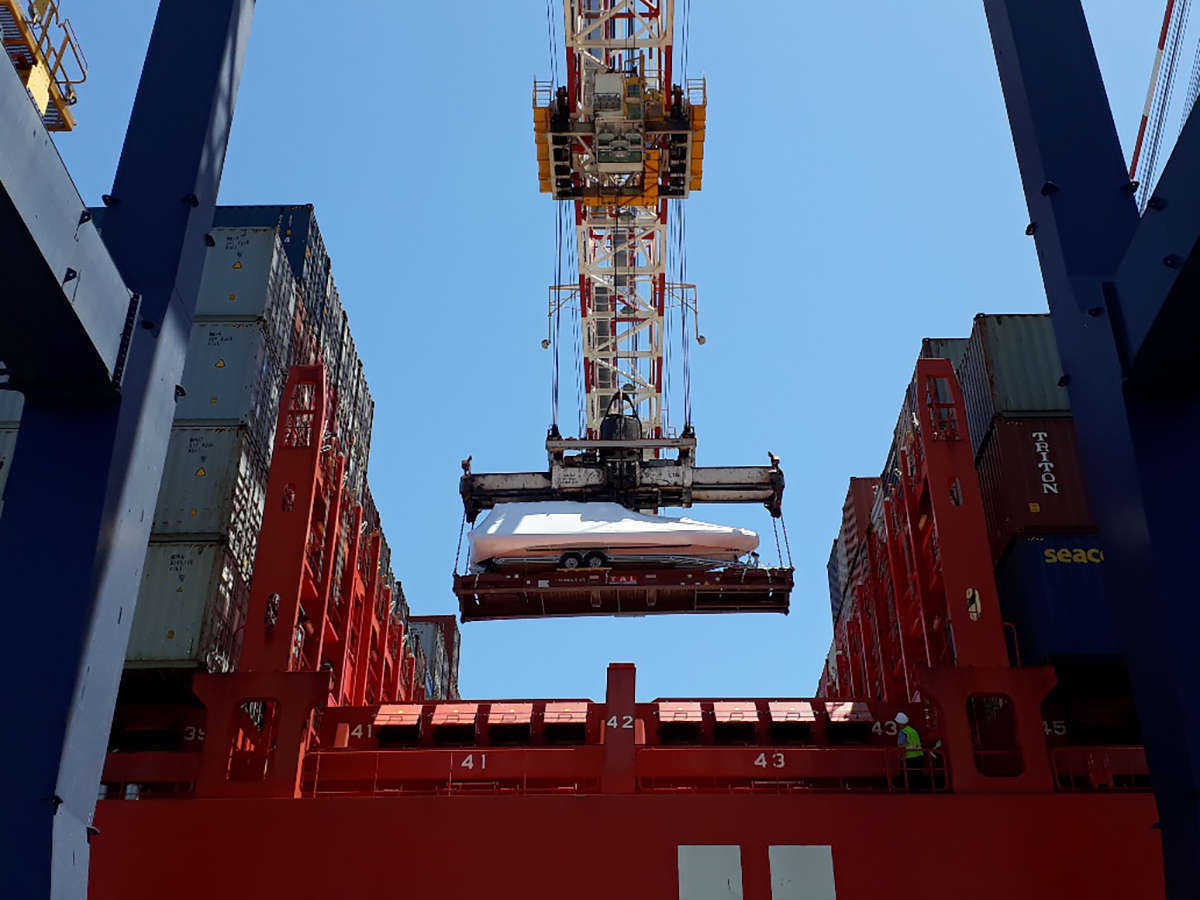 Check out the latest T-Tops and Bimini designs now available from Gemini. If you are looking to protect yourself from the elements, but want an open boat, look no further: 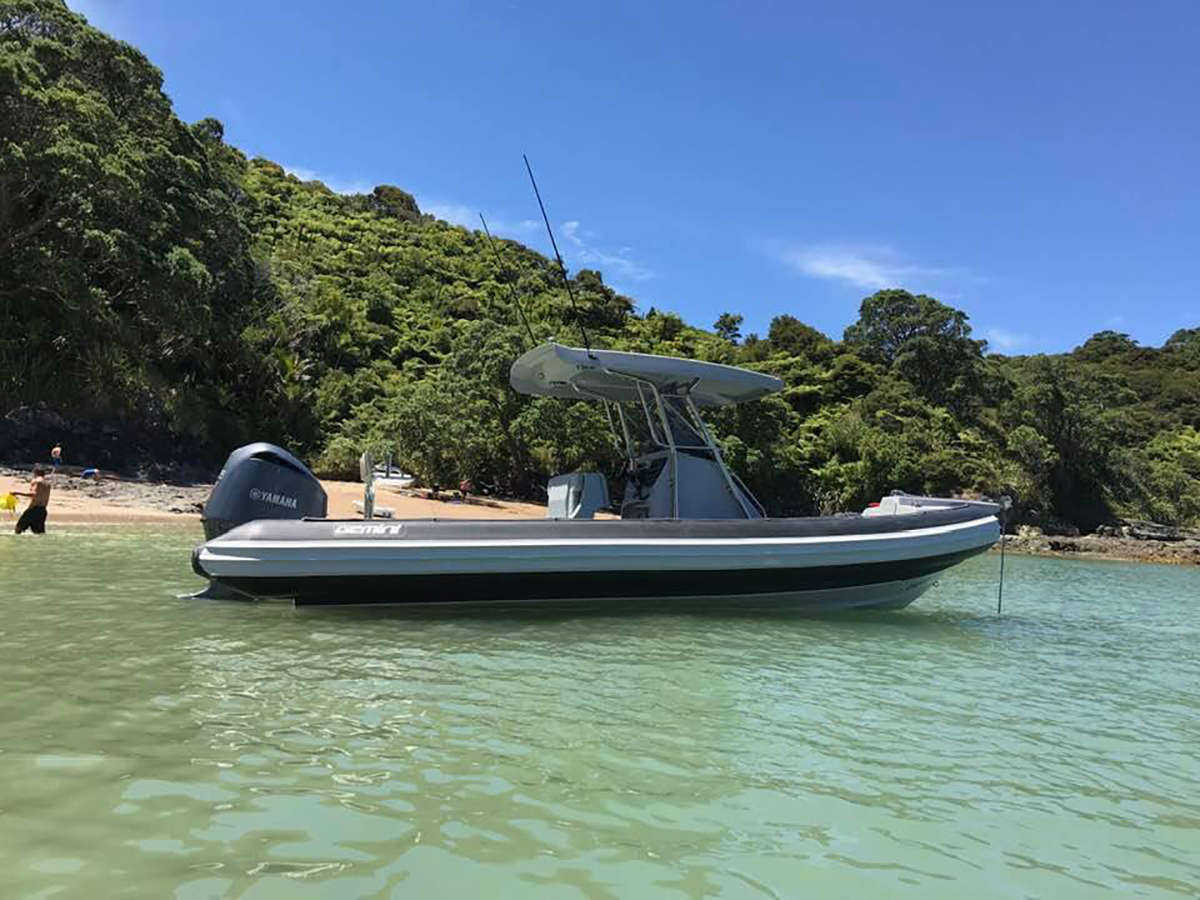 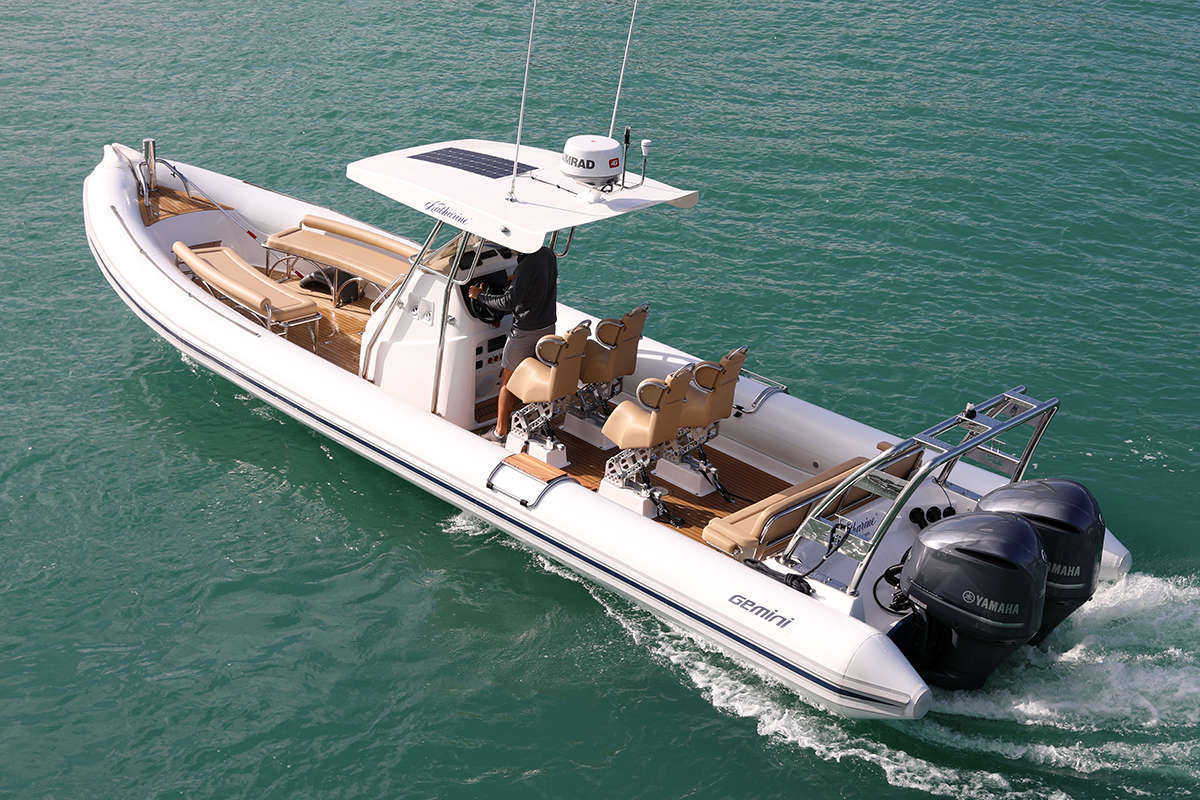 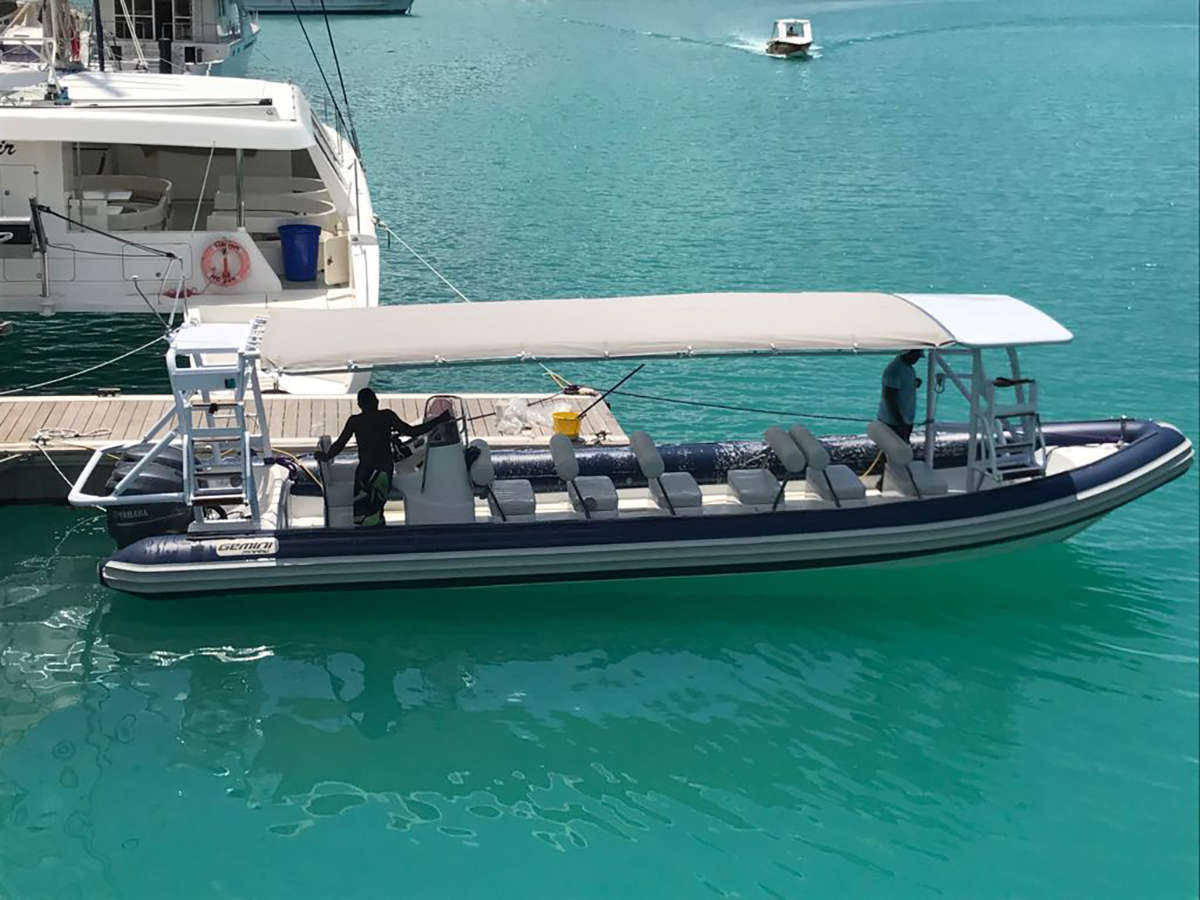 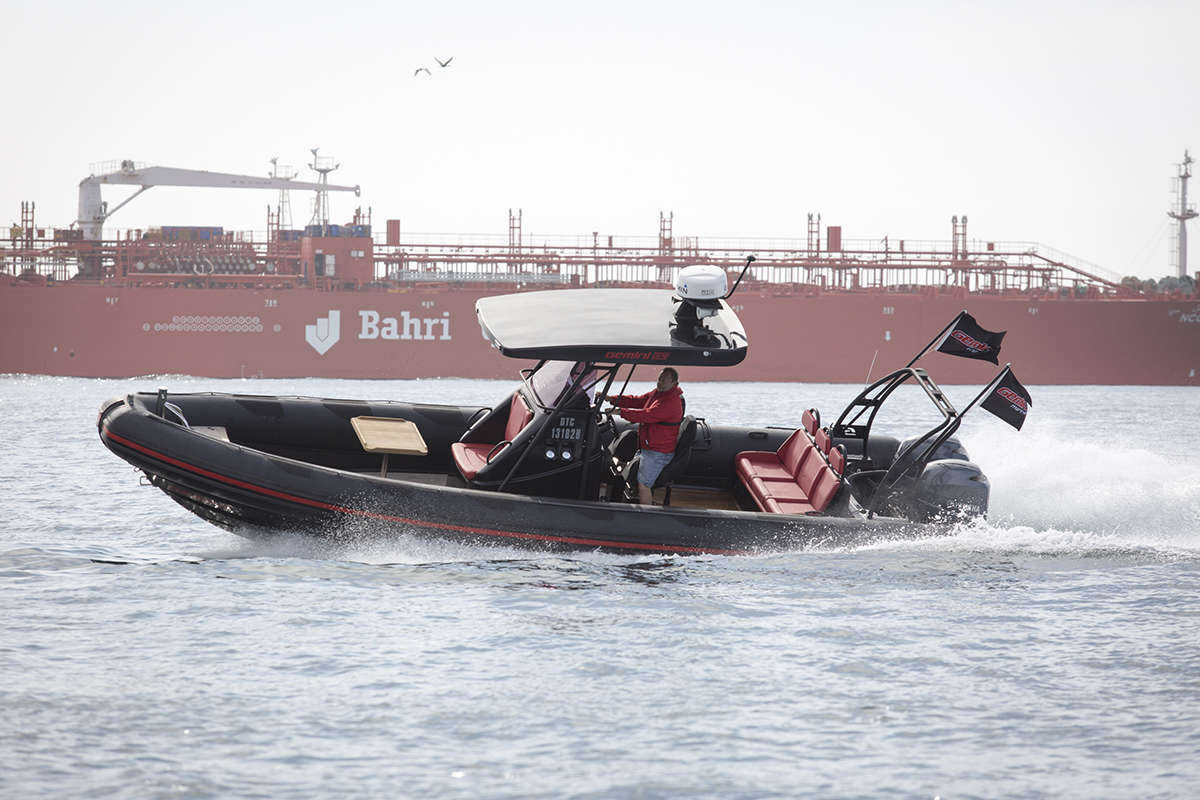 Due to the nature of work Gemini have been designed to undertake, all the Gemini range from 5m upwards have the benefit from being designed to incorporate a self-righting system and boarding/Man overboard recovery system.