Botnia Targa are described as the 4X4 of the sea, due to their solid build and ability plough through waves while deflecting spray, this does implies however that the handling is lethargic, when in actual fact Botnia Targas handle more like a Porsche! “Taransay” is a really well kitted out example of the extremely popular Botnia Targa 31. She was first launched in 2007 in Poole, Dorset and is now in her third ownership. Berthon has managed the servicing and maintenance of the boat for the current owner with all details and invoices available.

Motorboat & Yachting, February 2007: “We were tempted to give this award to the new 42 but there’s something about the 31 that we find even more appealing. For starters it has the pace and agility to embarrass many a so-called sport-cruiser. Then there’s the build quality, which shares more in common with a Swiss bank vault than a boat. Even the rugged styling and functional layout has an enduring appeal that keeps used ones in demand. But above all it’s a fantastically usable boat that every one of us would love to own.” 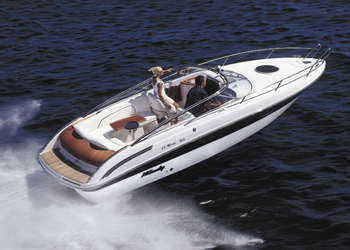