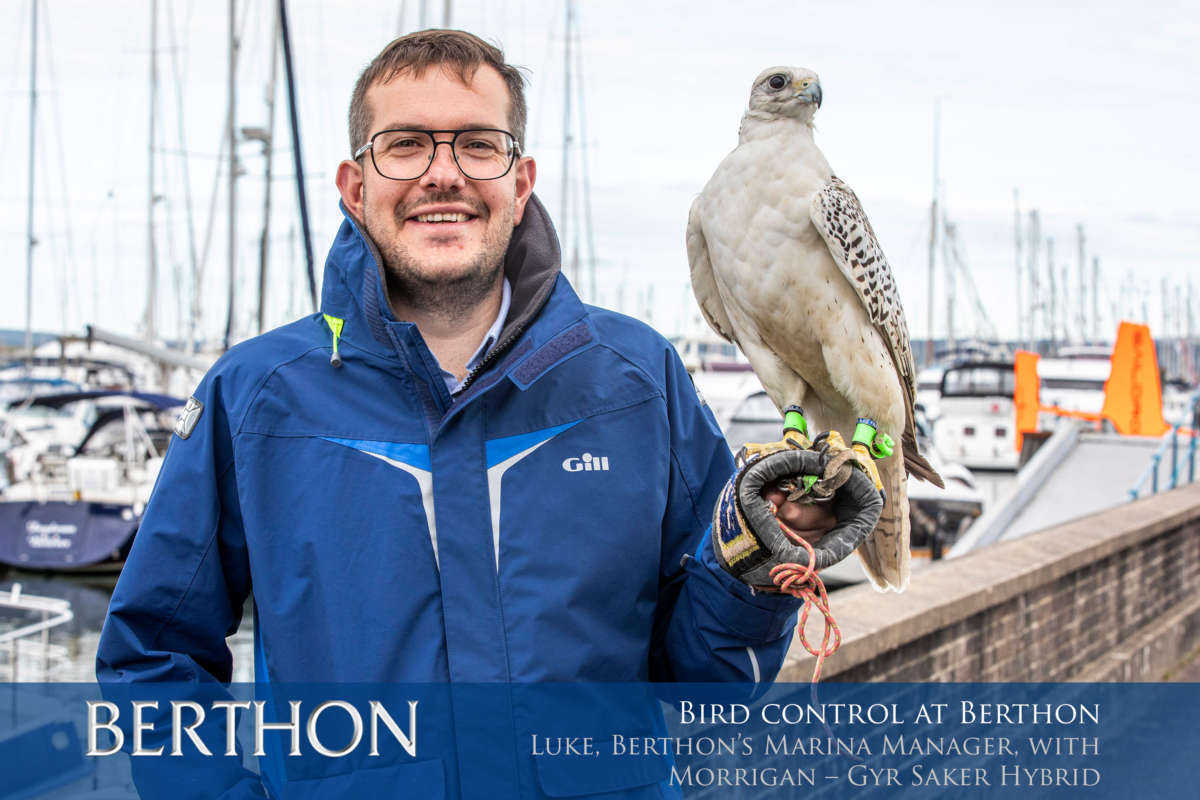 Have you been around the Marina over the last couple of months? If so, you might have noticed an unusually large bird flying around your mast-head.

In years’ past, we used to use noticeable and loud audible bird deterrents that were essentially recordings of birds of prey and in the Spring and Autumn, these were broadcast along the gantries where the masts are higher than those afloat. Many types of birds such as pigeons and seagulls have a specific “distress call” when they are attacked by a predator and their natural instinct is for the flock to flee the area when hearing such noise. This method is often utilised by airports; however, berth holders and visitors were also becoming distressed! Melvyn sourced bangers and a laser aimed at the roosting murmuration would complement the distressed sounds but what a palaver! So, we decided to revert to a natural solution. 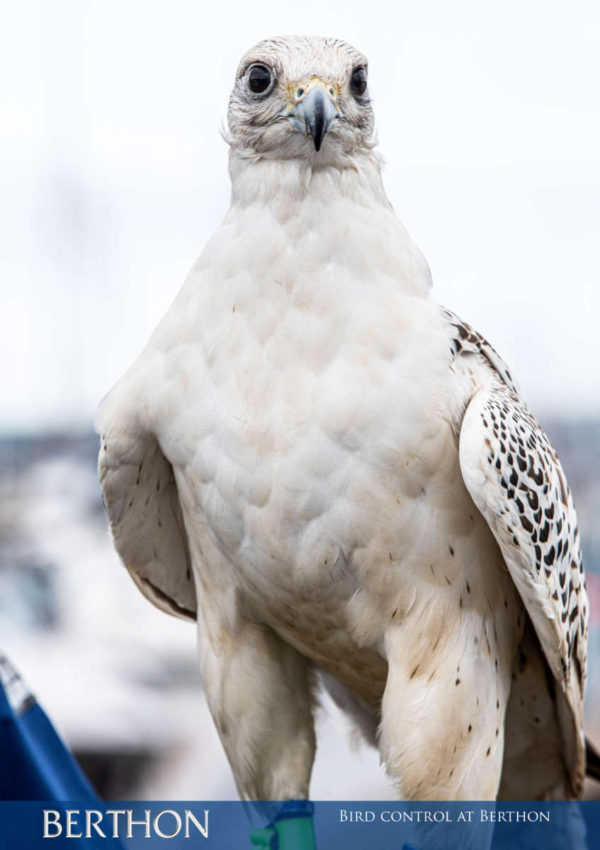 If you have been about the marina around dusk over the last couple of months, you might have noticed an unusually large bird flying around the mastheads, namely Morrigan – the Gyr Saker hybrid, flown by Jacob. This bird can fly at a top speed of 150MPH and is one of the largest of the falcon species. The Saker Falcon has been used in falconry for thousands of years, and like its very close relative, the GyrFalcon is a highly regarded falconry bird. She is swift, powerful, and is extremely effective against medium and large game bird species.

Neither Jacob nor Berthon are out to kill or harm the birds, the objective here is to scare them away, to reduce and prevent the incursion of the murmuration that uses visible and conveniently high waypoints en route to their ultimate roost. The end game is to prevent them from stopping and eventually to prevent them from using us as a waypoint, the latter which may be a Sisyfusian goal!

Accordingly, we cannot prevent the temporary roosting in the rigging and on the masts, but we can reduce the mess that they leave behind having feasted on the autumn berries.  Simply by just walking around the yard, Morrigan’s presence on the glove is generally enough to move the majority of the birds onto a new location, it also acts as a warning to the flock not to return. Elizabeth’s Falconry is a small privately run business and has expanded over recent years. Initially, she brought her birds but demand for her experience in all aspects of bird control working for such diverse companies as waste care, aviation and marinas resulted in Jacob and his brother Lewi who have a few birds of prey between them. 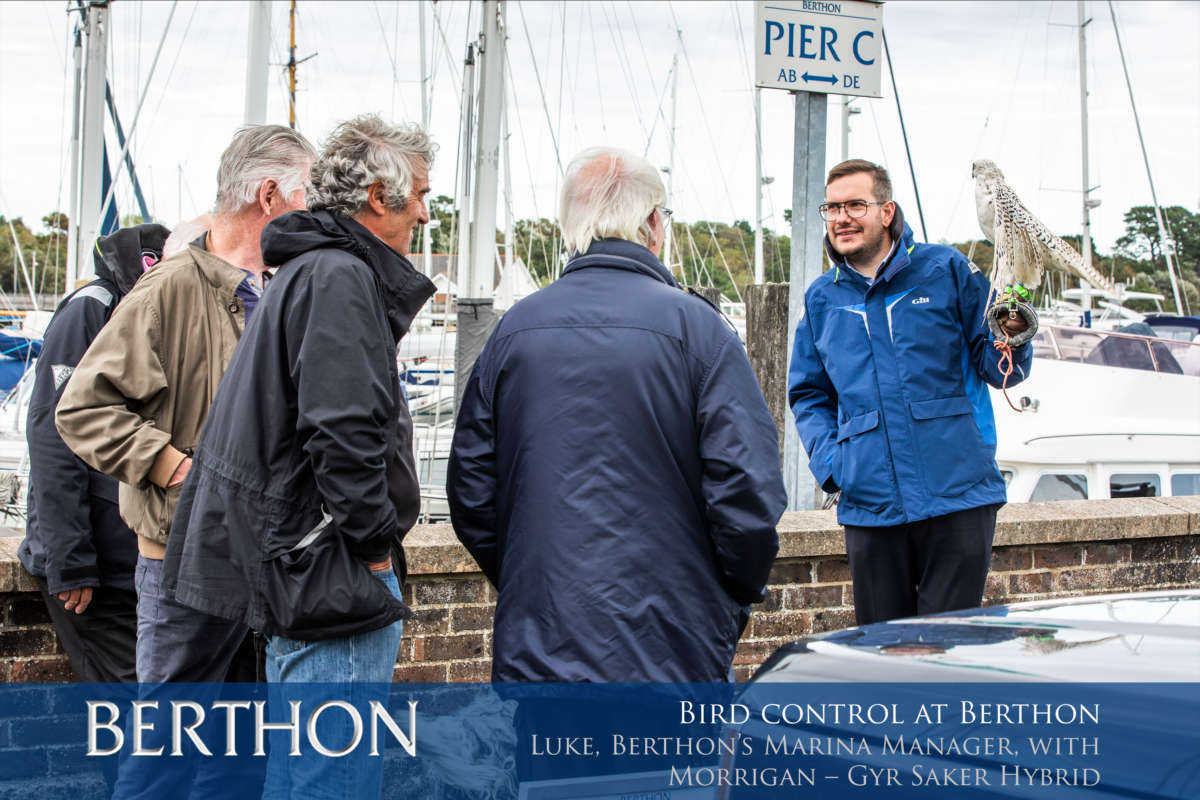 The obvious positive side effect of bird control at Berthon has been customer fascination and a personal touch that is so lost in today’s digital age. Although camera shy in terms of publicity, all Berthon customers are more than welcome to approach Lewi or Jacob while they are working and to ask any questions they would like. Marina Manager, Luke, is in the above photo with Morrigan.

This eco-friendly way of controlling the murmurations mirrors Berthon’s commitment to the environment. 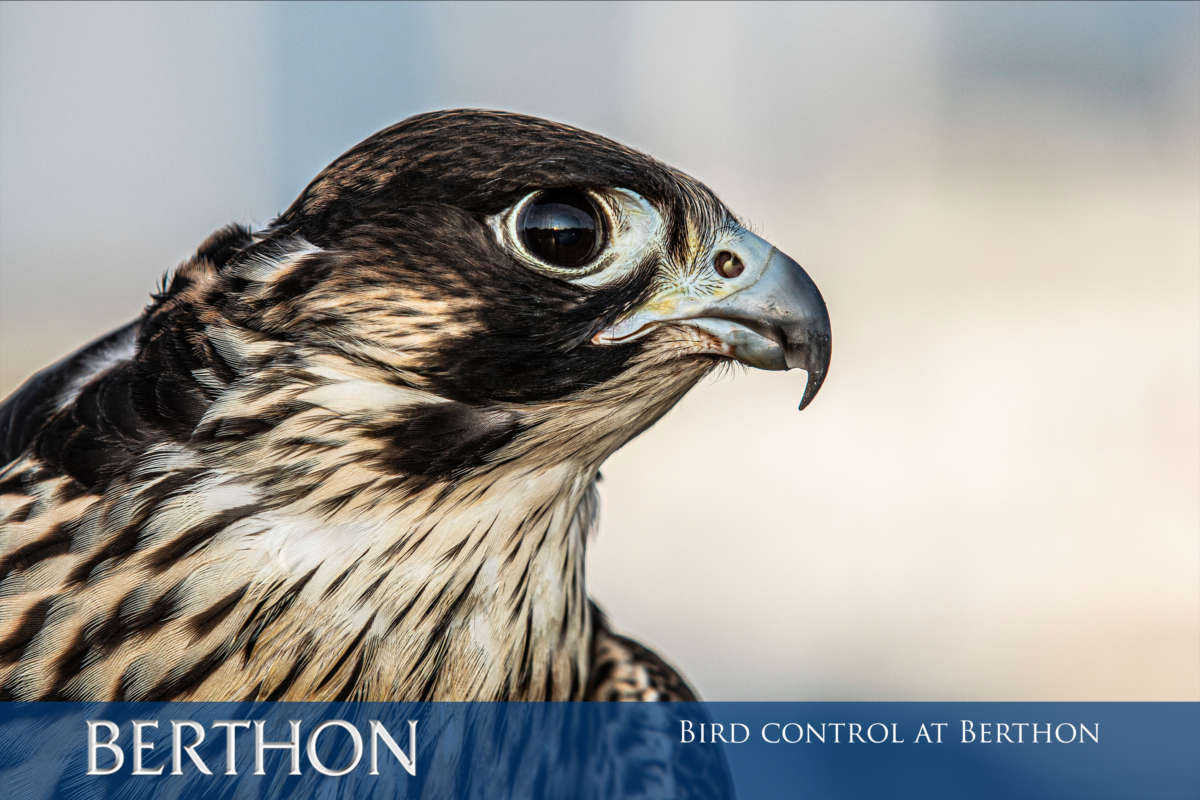