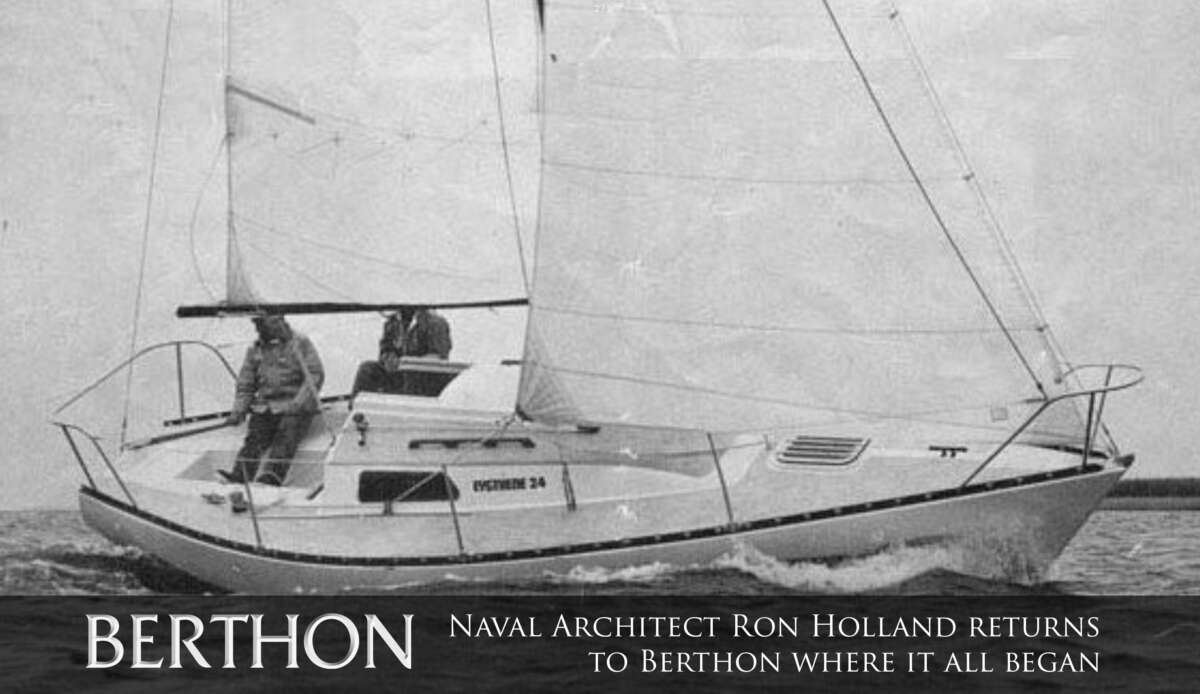 Legendary Naval Architect Ron Holland was recently back at Berthon, many years after his last visit.

Born in New Zealand and a sailing enthusiast from a young age, Holland studied various books on Naval Architecture before designing his own 1/4 tonner – EYGTHENE – which he sailed to victory in the ¼ Ton Championships in Miami in the Spring of 1973. 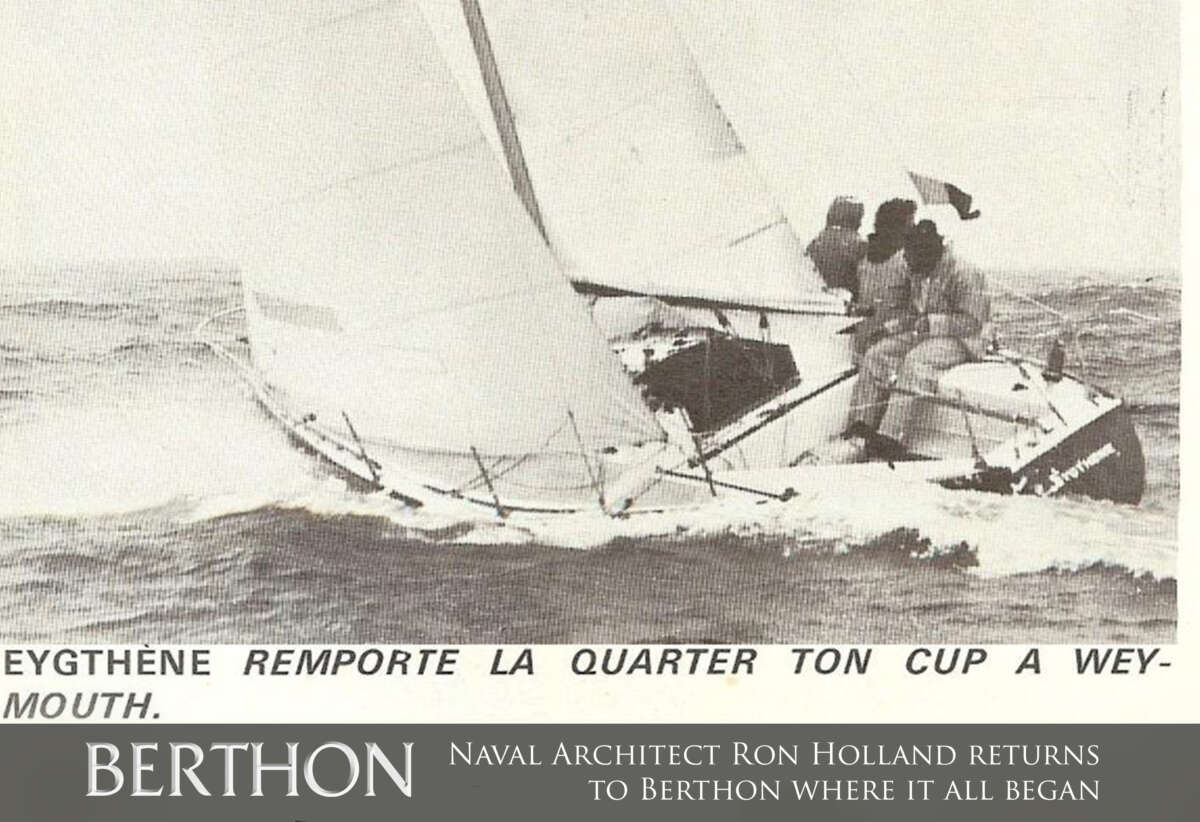 He subsequently shipped the boat to the UK where it was dropped off at Weymouth, upon which he and his then wife, Lauren, sailed it to the Solent and turned left into the Lymington river.  They berthed at Berthon’s Lymington Marina, which was renowned for receiving Admiral’s Cup Teams from across the world every two years.

Living on board, Ron & Lauren were pontificating as to where to go next and whether they could weather the cold winter months in the UK.  On a typically cold and grey summer’s day, they heard a knock on the cabin roof and David May, Managing Director and third generation owner of Berthon announced that there was a phone call from Ireland for Ron.

The phone call turned out to be from Hugh Coveney (later a prominent Irish politician), enquiring if Ron would consider designing a One-Tonner for the following season. After a period of toing and froing by phone and telex, Ron bid farewell to Lymington and moved to Kinsale, where he spent the winter in a Georgian mansion with fireplaces galore – a UK winter well-weathered!

This initial contact resulted in a series of successful yachts designed for Hugh and many others in various yachting locations, and which included the marvellously named GOLDEN APPLE of the SUN, SILVER APPLE of the MOON, and the literally unbeatable (and still to this day), Imp with its various hues of horizontal green lines.

Having designed a number of WHIRLWINDs, each larger than the previous, maxis turned into Super Yachts and with Ron working for Perini Navi, he never looked back….until his return to Lymington recently to promote his latest book.

Brian and Dominic May (fourth-generation owners of Berthon) were unable to attend the evening soiree held at the Royal Lymington Yacht Club and so they invited Naval architect Ron, to join them for lunch at The Pig, along with sister Georgia and mother Catherine, to celebrate those early career months at Berthon. 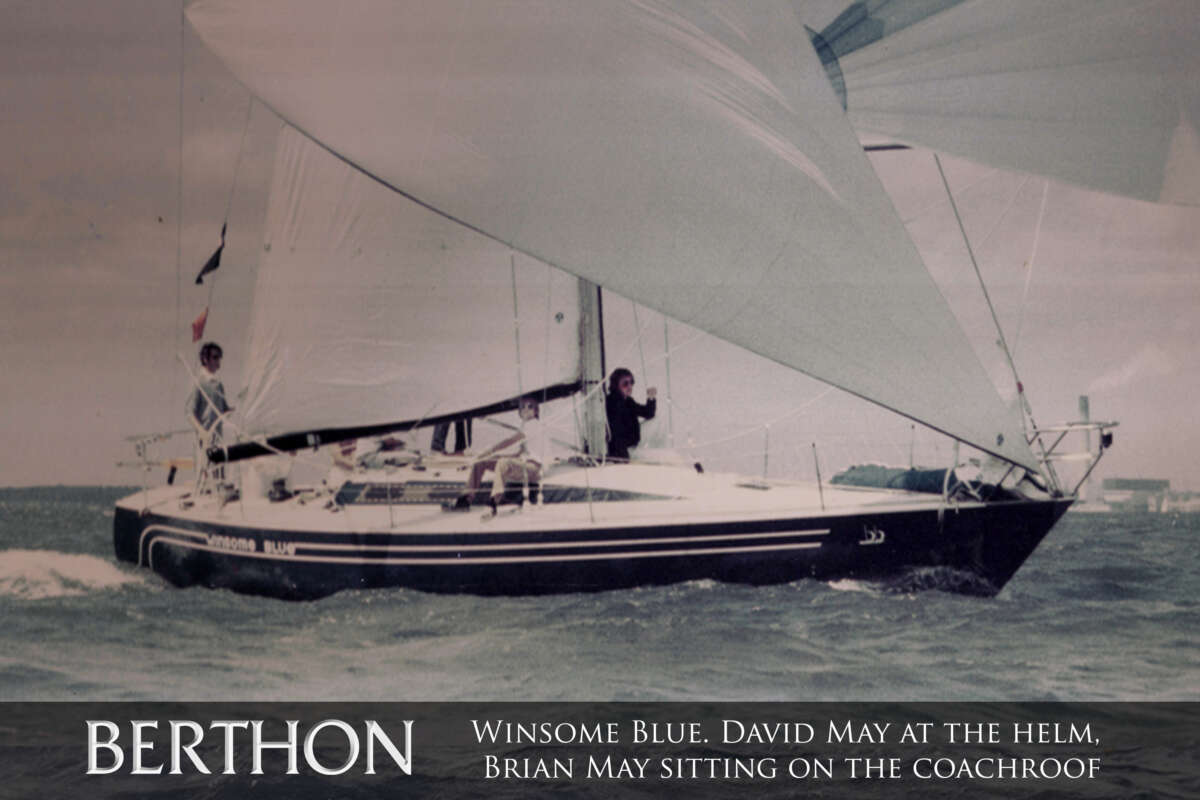 Winsome Blue built in 1976 at Berthon; David May at the helm, Brian May sitting on the coach roof sheeting the blooper – an early form of the asymmetrics we use today!

Naval architect, Ron Holland, designed WINSOME BLUE for David, which was far more successful than his previous one-tonners WANTON and WINSOME V, winning many regattas in the UK and with Ron on board during the one ton cup she sailed with all crew on the rail (no hands on the wheel) being so balanced; but sadly, this commission came in a non-Admiral’s Cup year!  Shortly after this design came the radical ¾ rigged (in more accurate terms it was 7/8ths) WINSOME 77 which was probably his last narrow stern design.  It was an exciting beast to sail and not so easy dead downwind because of the tall rig.

Brian and Dominic were thrilled to welcome Ron back to Berthon and we hope that should he find himself picking a boat up in Weymouth again, he will sail along the coast to our beautiful Lymington Marina. 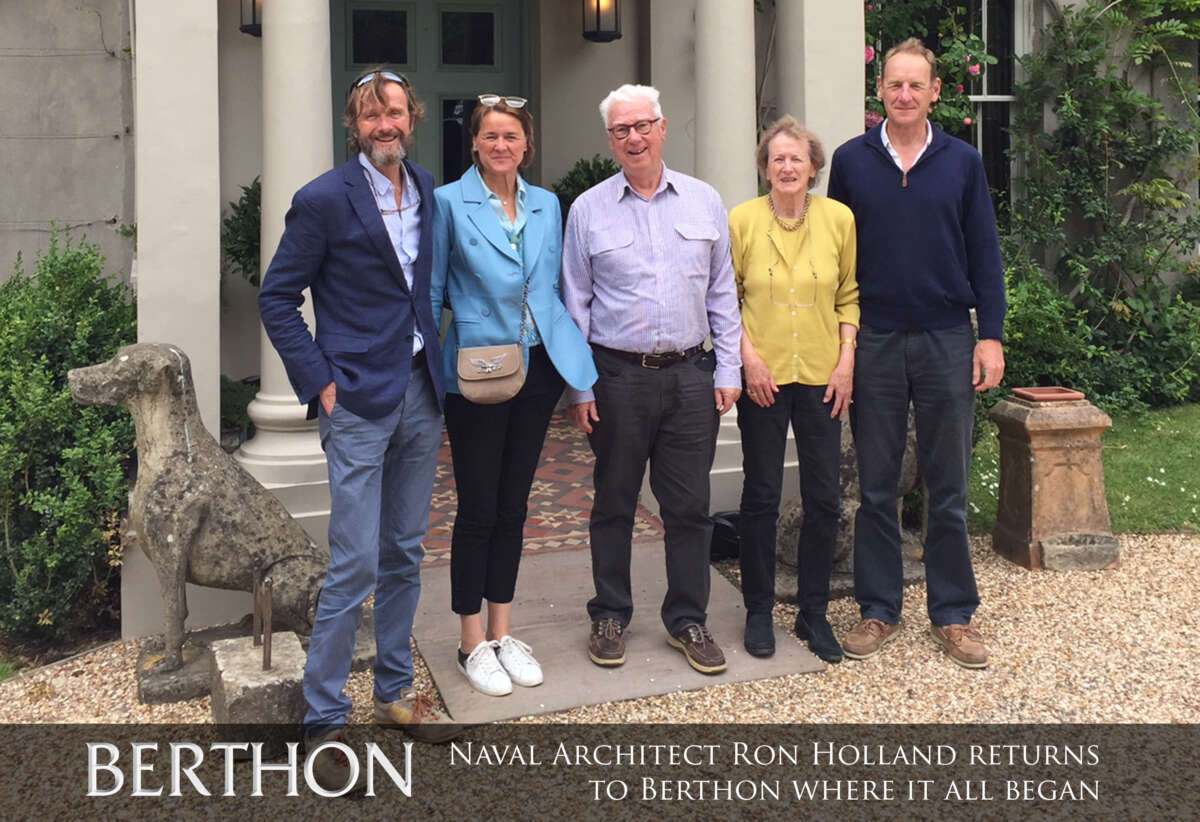