‘The Boat Builders’ is a new body of work by Emily Jo Gibbs currently showing at the St Barbe Museum and Gallery in Lymington, until the 26th of February 2022.

It is not every day you see yourself immortalised in textiles and now some of the Berthon team can say that they have, being part of The 62 Group of Textile Artists exhibition at St Barbe Museum in Lymington – a collective of highly regarded artists. The display includes a special project by Emily Jo Gibbs who painstakingly captured portraits of some of our Foreman and their Apprentices. The works highlight the value of making and the importance of skilled labour. This is a celebration of people who prefer a hands-on approach, whose knowledge and skills have been acquired through the doing, learnt through making.

With the exhibition finally going ahead after multiple setbacks and delays due to various lockdowns and a global pandemic, we eventually managed to sit down with Emily and discuss the inspiration behind the project. 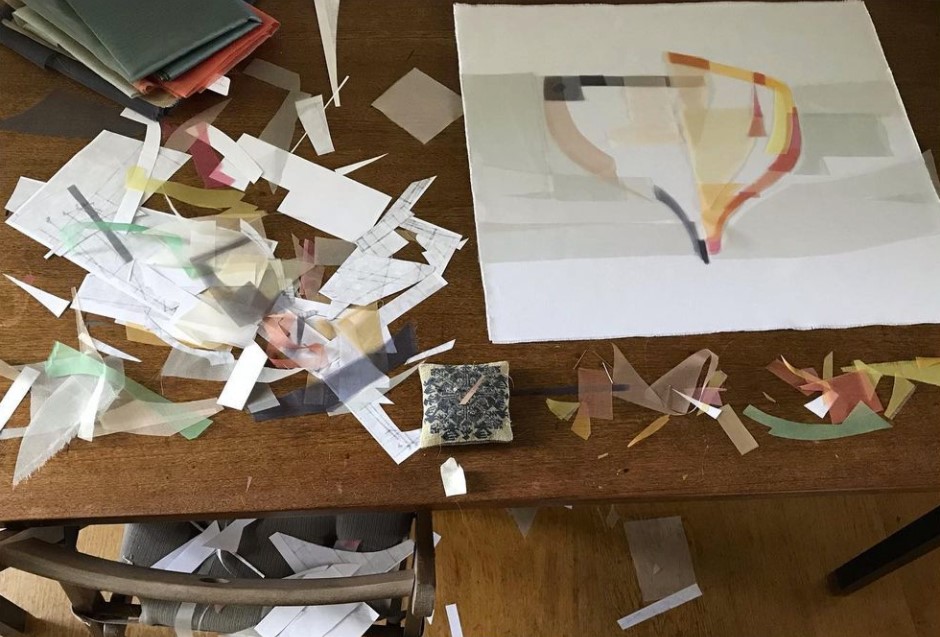 Emily first came to Berthon back in 2019, having previously studied wood, metals and plastics; accordingly, the hands-on working environment of Berthon’s boatyard and shop floor was not all that unfamiliar, however an insight into the behind the scenes of the marine industry sparked intrigue. ‘I had been previously creating portraits of ‘makers’ focussing on their tools, it seemed a natural progression to begin exploring the people who were using them! This lead to my ‘Value of Making’ project.’

Emily was guided on a tour of the Berthon grounds to gather scope, she then returned at a later date and took the opportunity to talk one-to-one with a handful of our apprentices and experienced workers alike. Many documentation photographs were taken; this is what Emily would be working off when putting the detailed pieces together. Below are a couple of examples: 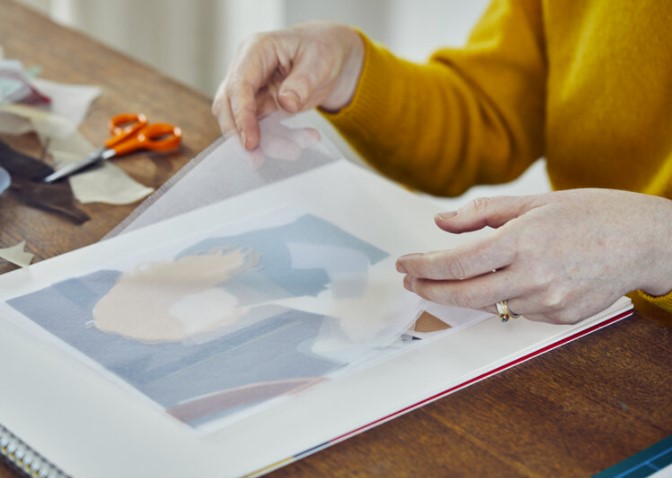 ‘Steph is an enthusiastic advocate for Berthon Apprenticeships. She had planned to go to university to study engineering but switched to do an apprenticeship at the last minute, enjoying earning alongside learning and being free of student debt.  She has taken full advantage of all Berthon has to offer including taking up the invitation in 2019 to travel on board a 78’ FPB explorer yacht from Puerto Montt in Chile to Puerto Williams through the Patagonian fjords.’ 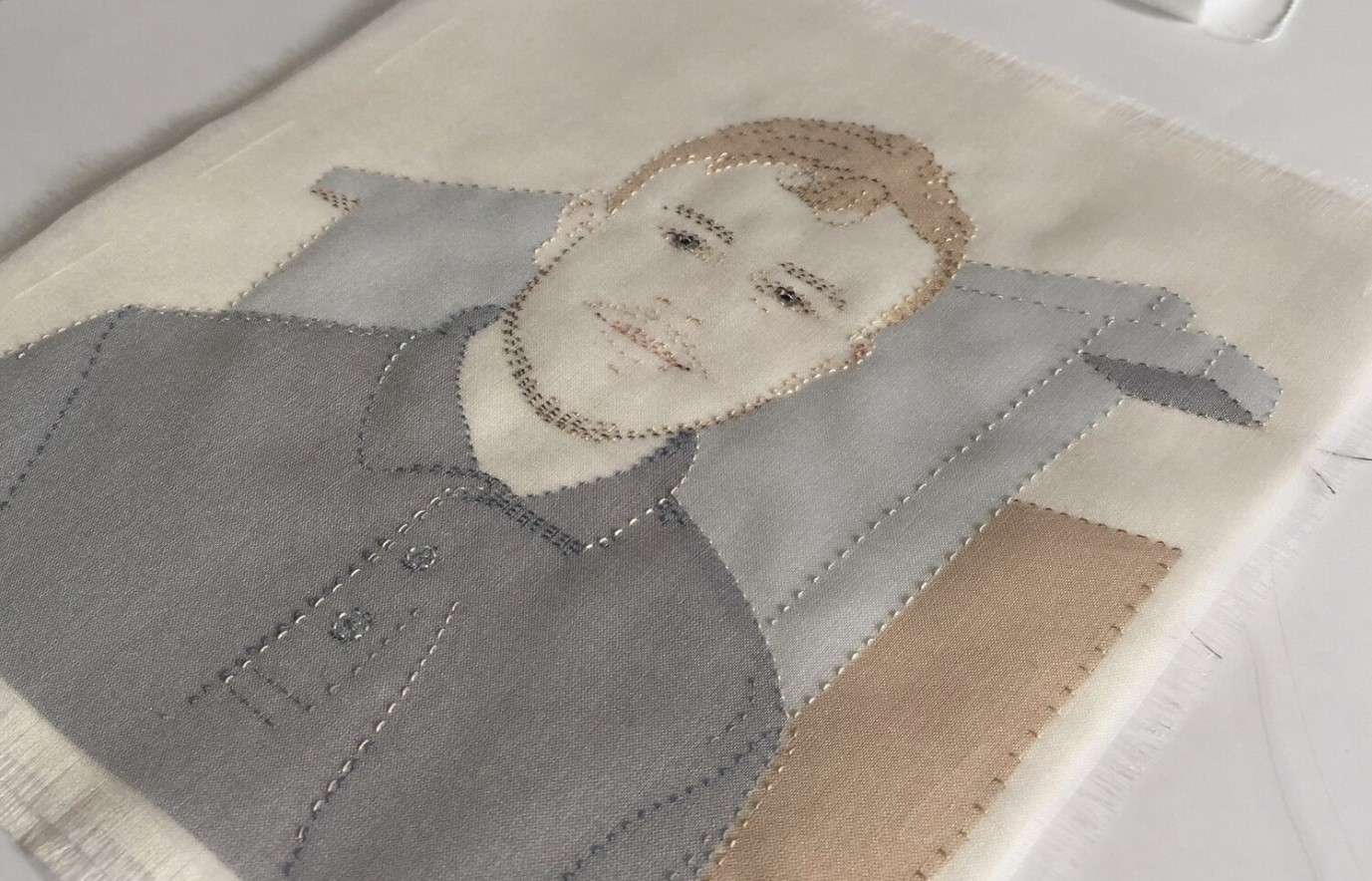 ‘Having studied Marine Engineering at college, Adam came to Berthon to continue his training. He was installing a console to a RIB when I was there. He explained how he enjoyed working from scratch, how there had been little opportunity to do practical things at school; however, he had grown up playing with Meccano, and his family had boats.’

‘Curly came to Berthon as an Apprentice Joiner over 35 years ago. In the picture I have made of Curly, he is making repairs, carefully replacing rotten wood with new, and looking along the line to check his work. I felt some part of his experience and his wealth of knowledge was captured at that moment.’

Something that is rather striking in this particular project is the juxtaposition between the soft and delicate silks and threads, in comparison to the rugged and rough worn hands of those who have decades of experience and knowledge. There is also a contrast between that of the femininity of the artwork portraying a male dominated environment such as the marine industry.

‘I have a real admiration for people who make things and I know from personal experience that it is not always that valued. I really care about how things are made, it is a pursuit of passion, and the care that goes into those minute details is a testament to those who perform their craft. That skill and that quality that is learnt through actually doing… You can only learn so much in a classroom environment, and you can study all the theory you want. However, your hands and eyes do not have the knowledge until you have actually done the work.’

Some of the more seasoned workforce at Berthon have been with the company their entire professional lives, have an air of expertise in which their hands almost seem to be able to take the lead, therefore the tools are just an extension of their body.

‘As a maker, I appreciate the number of hours that go into these jobs and the preparation required. Unless you have been in those shoes, it is hard to understand and therefore appreciate that. Appreciation and gratitude also become lost in the monetisation process.’ 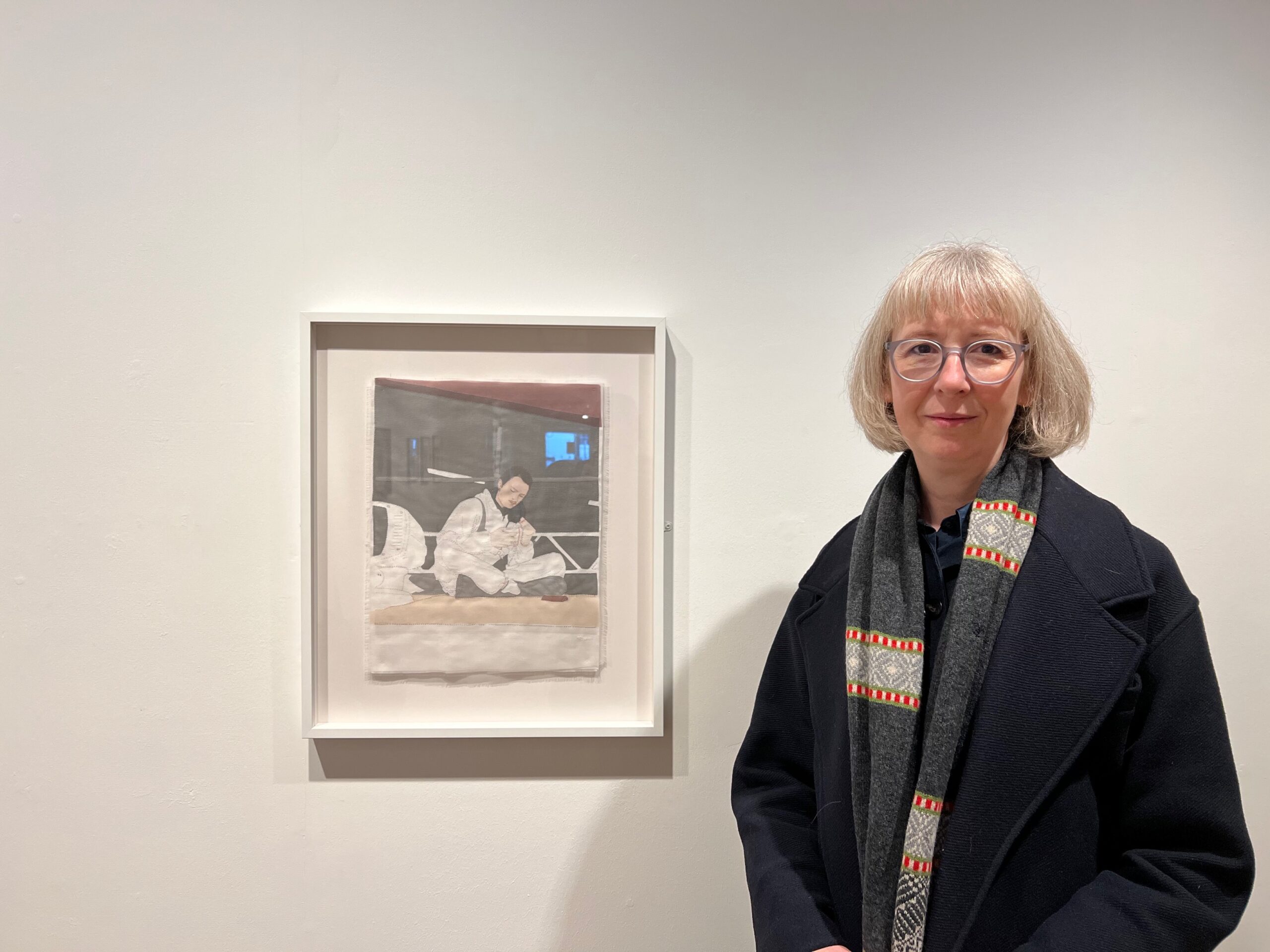 Berthon’s staff members are highly skilled; this body of work is an opportunity to highlight the value of their trade. To our shipwrights, marine electricians, painters and engineers, the fact that the work they do is considered ‘the usual’ more often than not, means it is easy to lose insight as to how impressive their achievements are. In today’s instant world, people want that perfect final product often not realising the time and effort that goes into it. ‘Through these portraits, I am reflecting back my admiration for what they are doing. It is a tribute to them’, enthused Emily.

‘I’m interested in the idea that by taking the time to slowly describe someone in stitch, you convey your admiration. Celebrating people who make things by the investment of time in making the work, a quiet, thoughtful act of care and value.’ – Emily Jo Gibbs

Learn more about Emily Jo Gibbs and the exhibition here 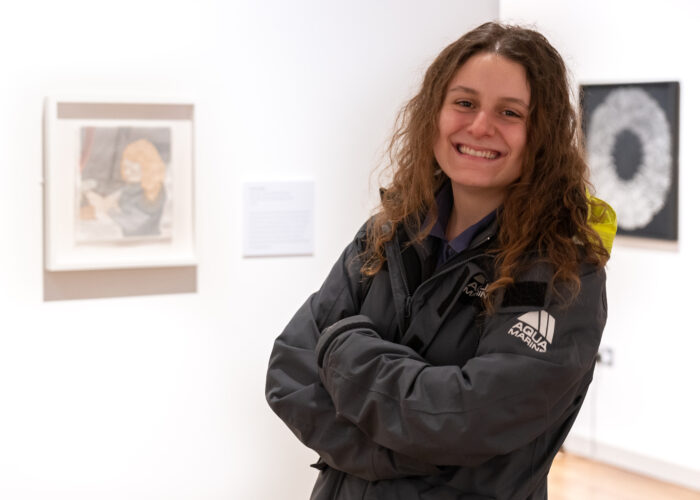 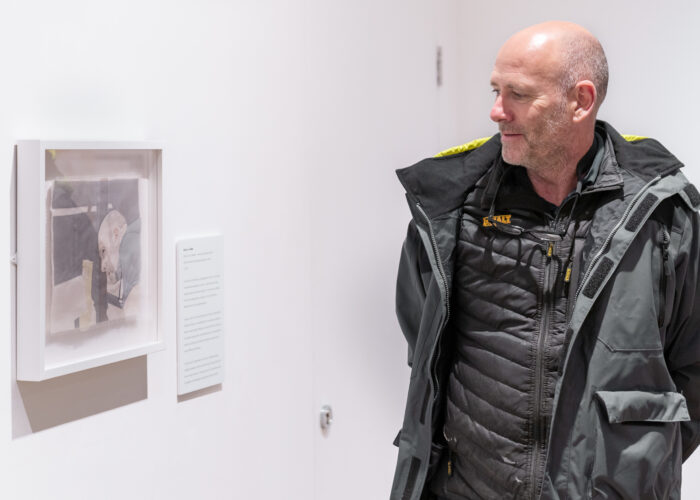 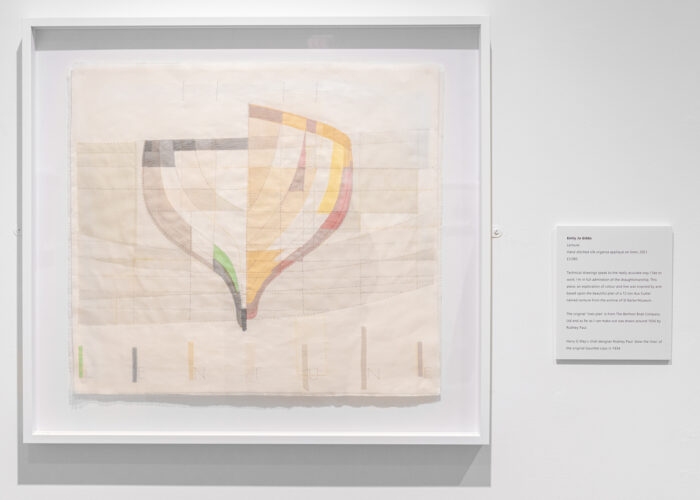 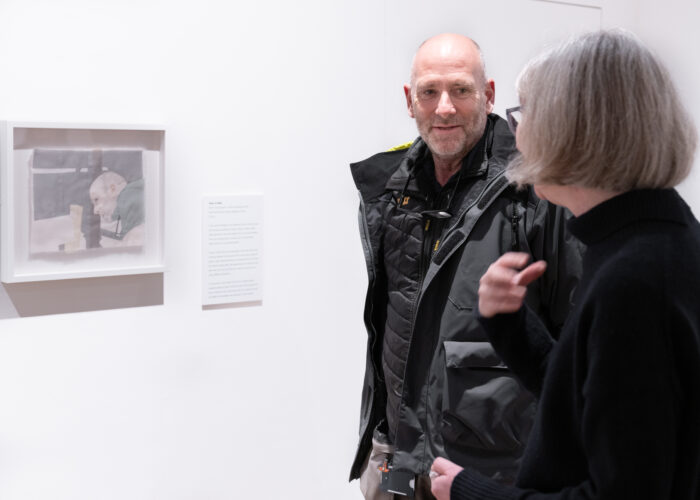 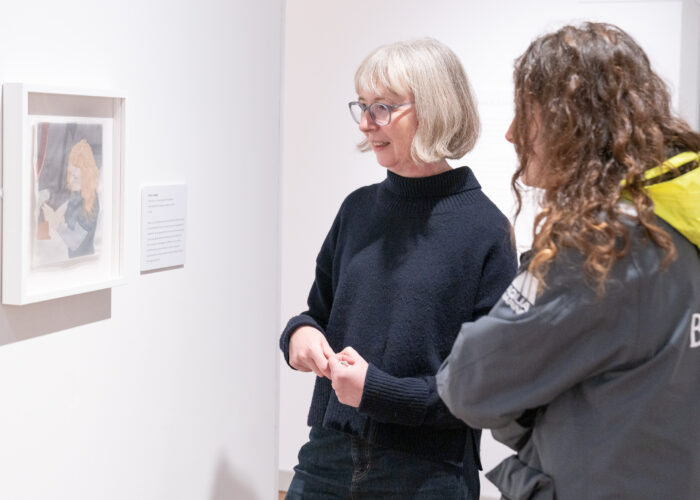 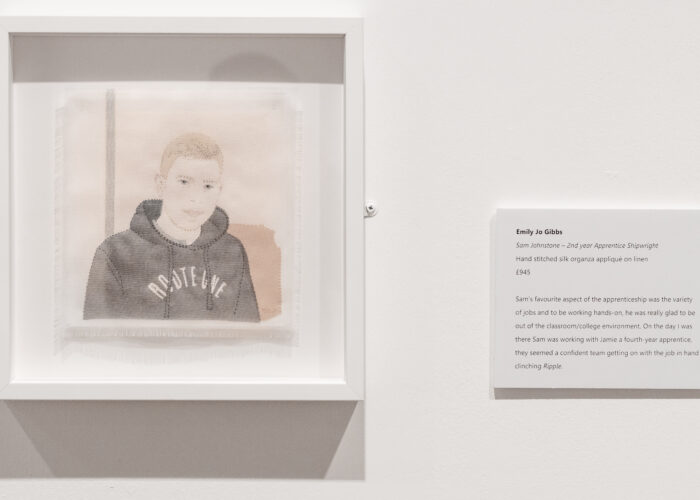 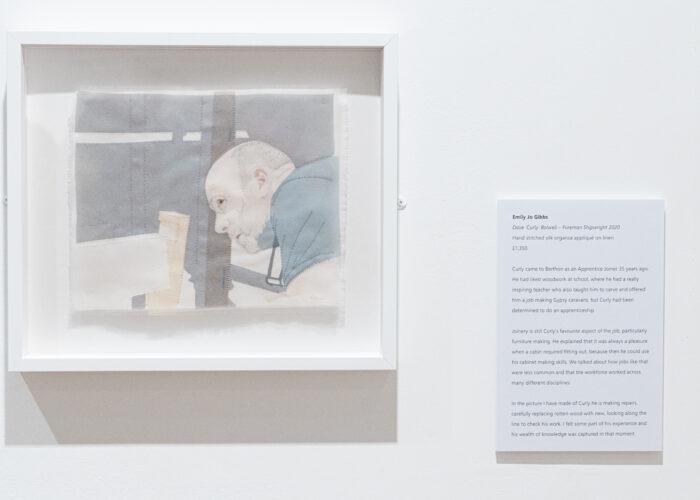 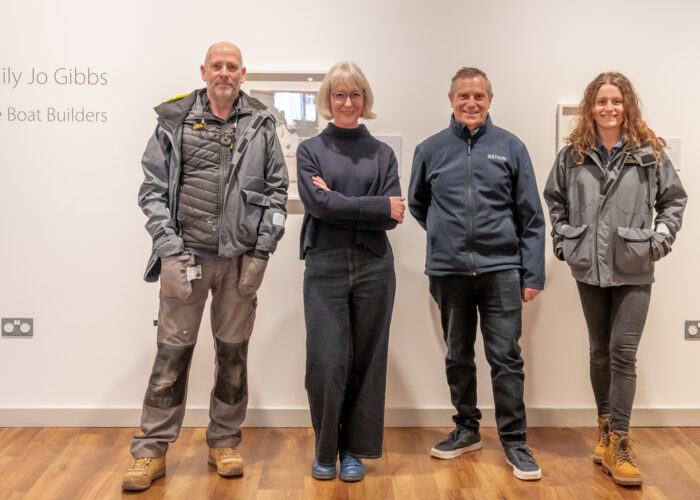 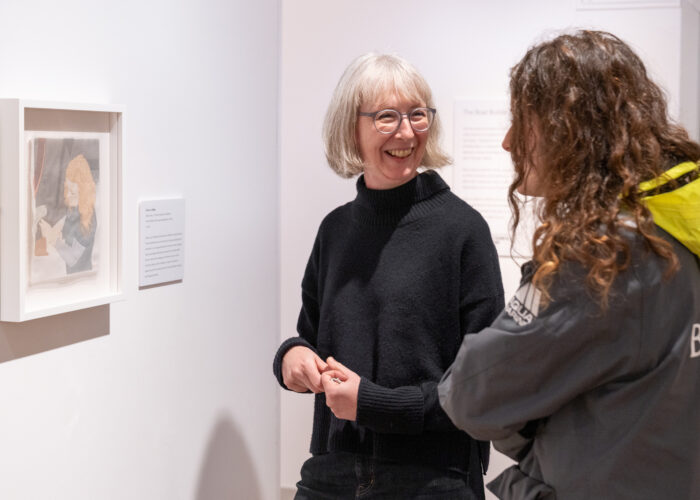 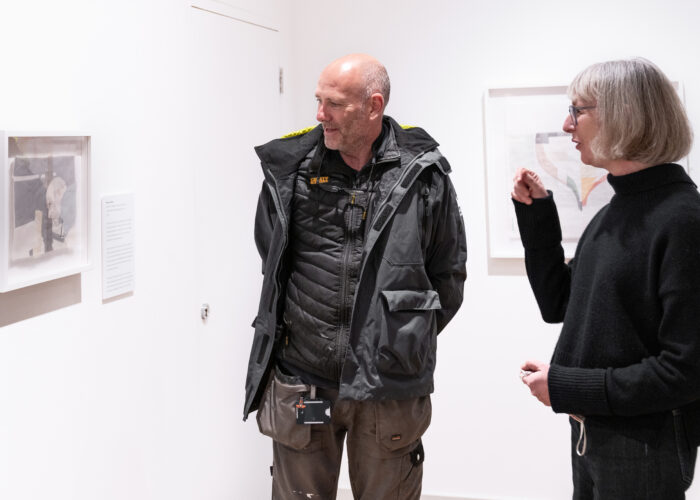 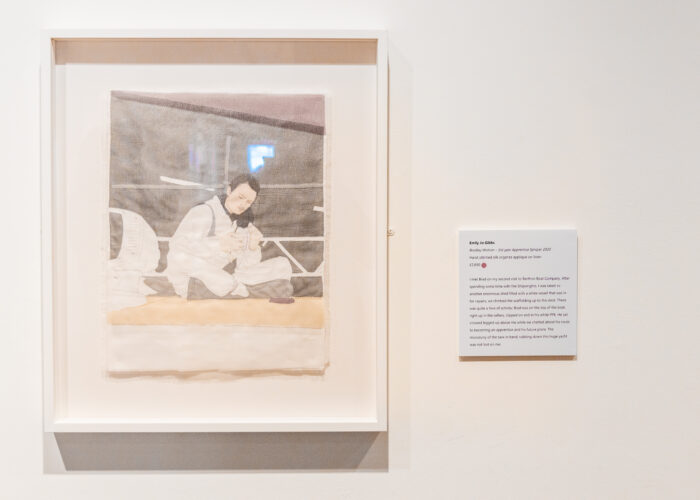 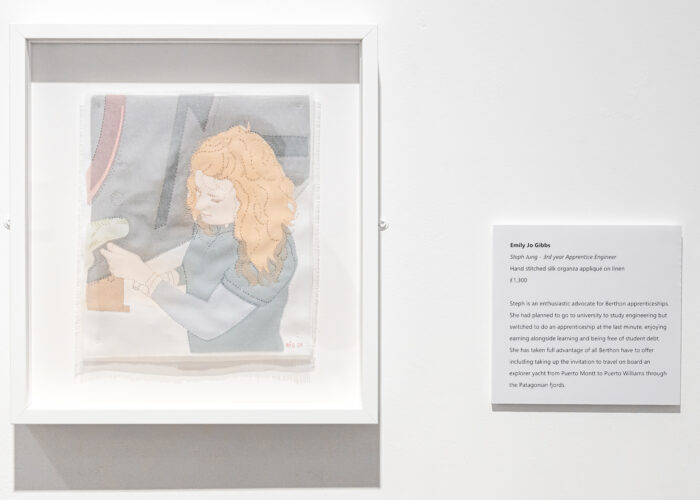 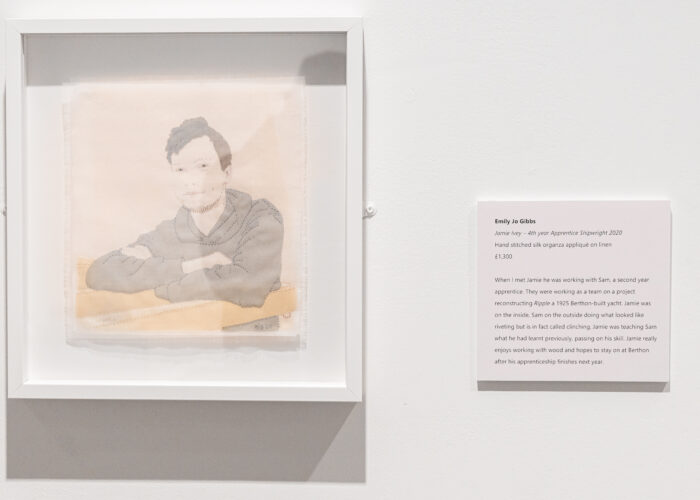 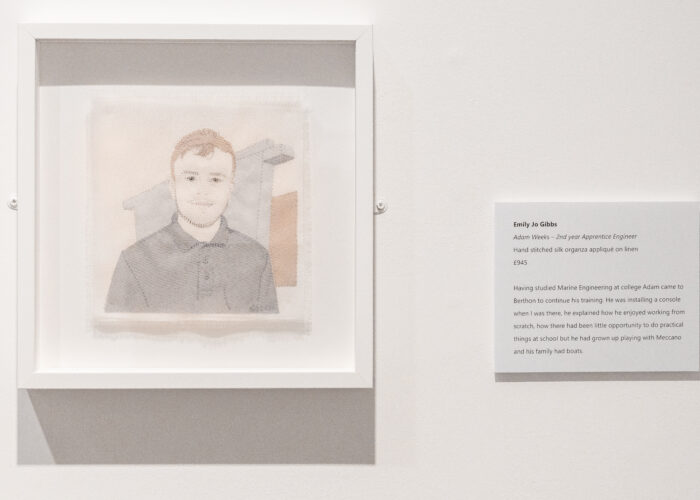 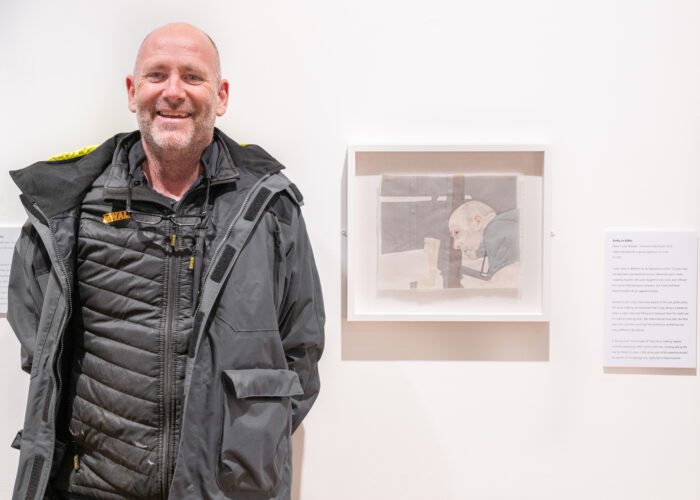