Container loaded and shipped; the installation team start the Journey to La Gomera. Two taxi rides, a flight and a ferry later, the Versadock team get their first view of the task at hand.

Tucked in a builder’s yard a few hundred meters from the beach sat the container. A daunting task lay ahead. To unload all this equipment by hand, assemble it and get it to the water. Luckily the owner of the yard was on hand. Anglo Spanish relations got off to a rocky start but as he realised we would be needing his help for which he would be remunerated, he beamed rushing off to fetch something to help expedite the load. A plume of smoke billowed out from behind a small building nearby and amid thunderous engine noise around the corner bounded a giant forklift truck. With the confidence only experience can bring he began the unload and soon the forklift was disappearing inside the rapidly emptying container. 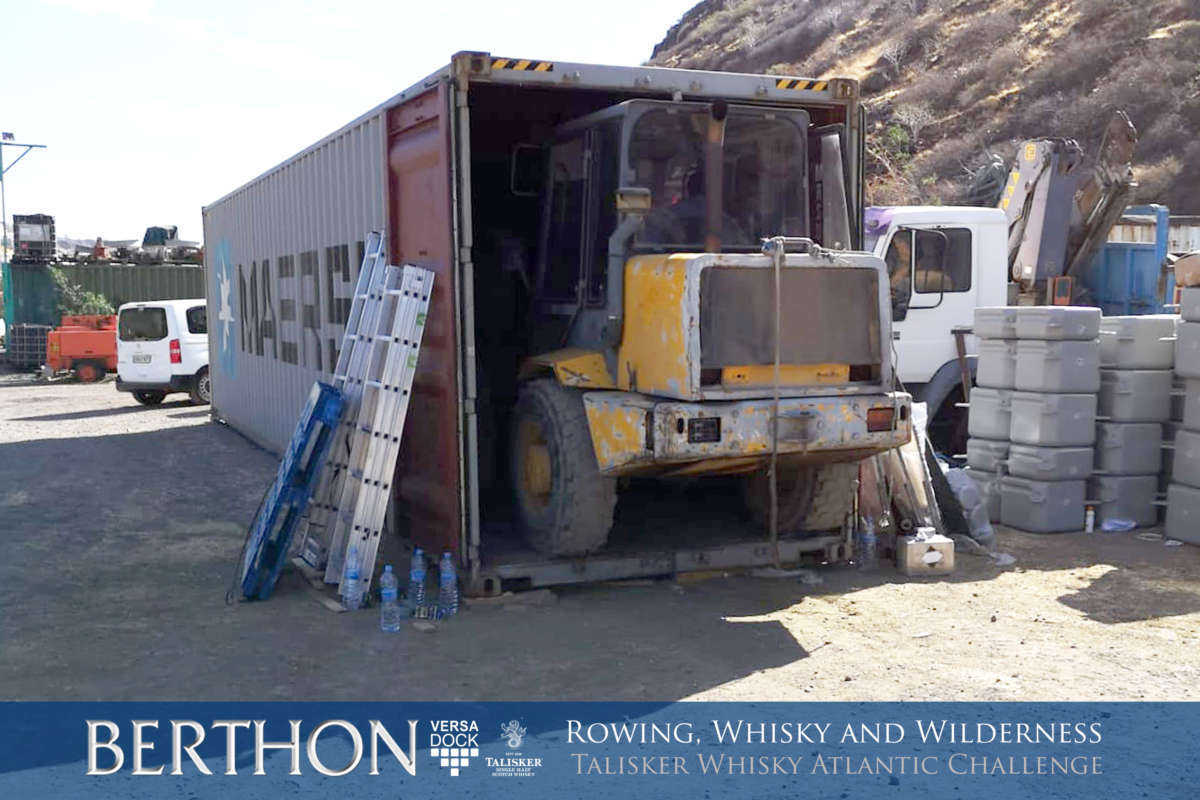 As the materials burst forth the team descended on it and before long were taking pre-built sections down to the beach in preparation for day two.

All too soon sunlight was spearing through the curtains of the hotel, and a tired crew assembled on the beach for stage two, load up and ship out. The shore side facility needed wood and a lot of it. 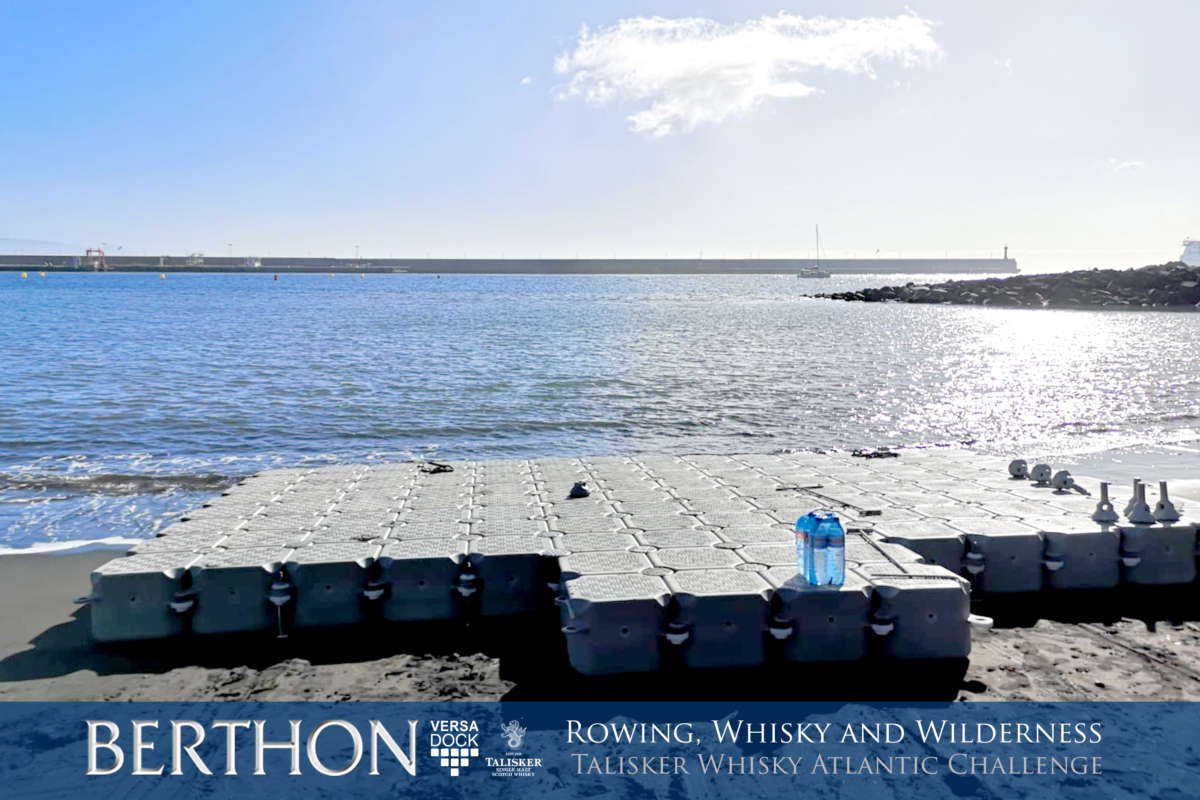 Piece by laborious piece the supplies were loaded onto the assembled pontoon and secured ready for shipping. Around 6 tons of lumber, bracketry and fastenings in total.

Then with final preparations made the time had come to move this Wilderness bar in kit form 4 miles round the coast.

Towing this behemoth round the coast was always the part of the job that was feared most. Variables in weather could make a massive difference to the success of the project. Mercifully the sun shone and the seas were calm as the team motored steadily around the coast.

Many, many hours later and the pontoon had made it to the final destination. Now with the light fading fast 6 tons of assorted building materials had to come off the platform, anchors had to be dropped and with a few final photos the team headed back for some well-deserved rest. 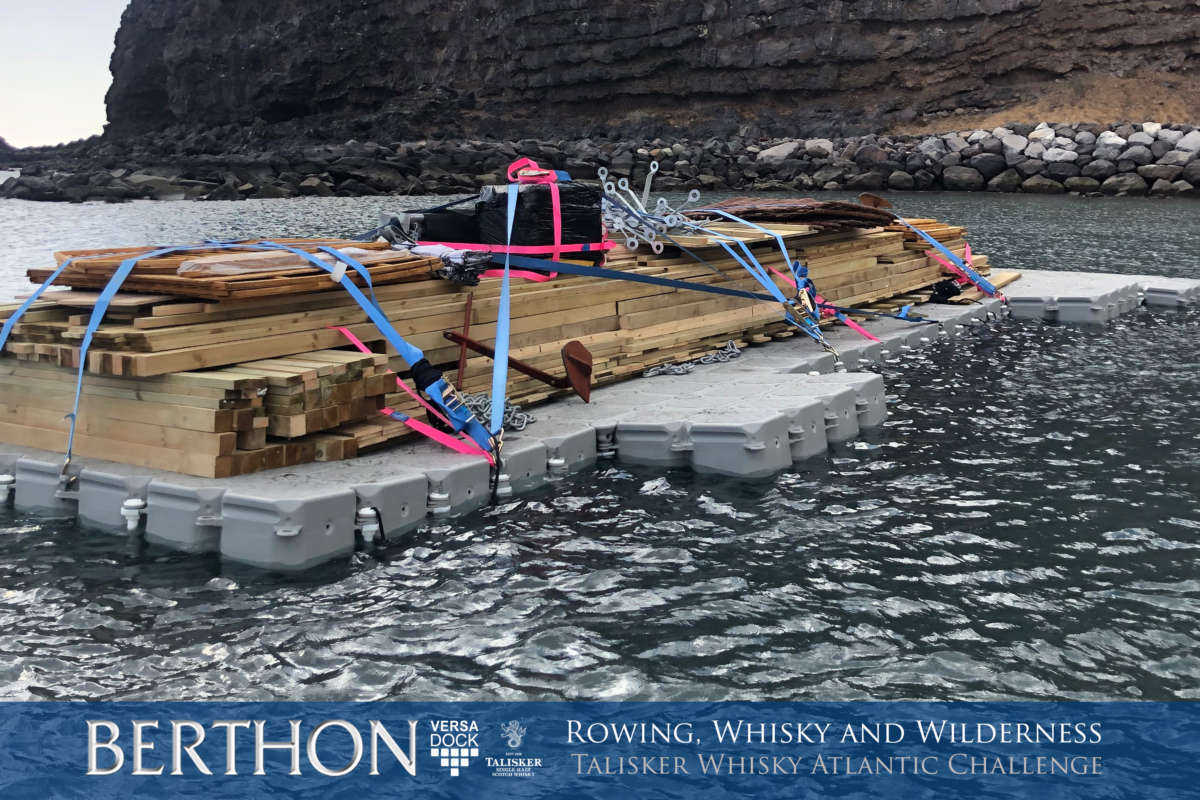 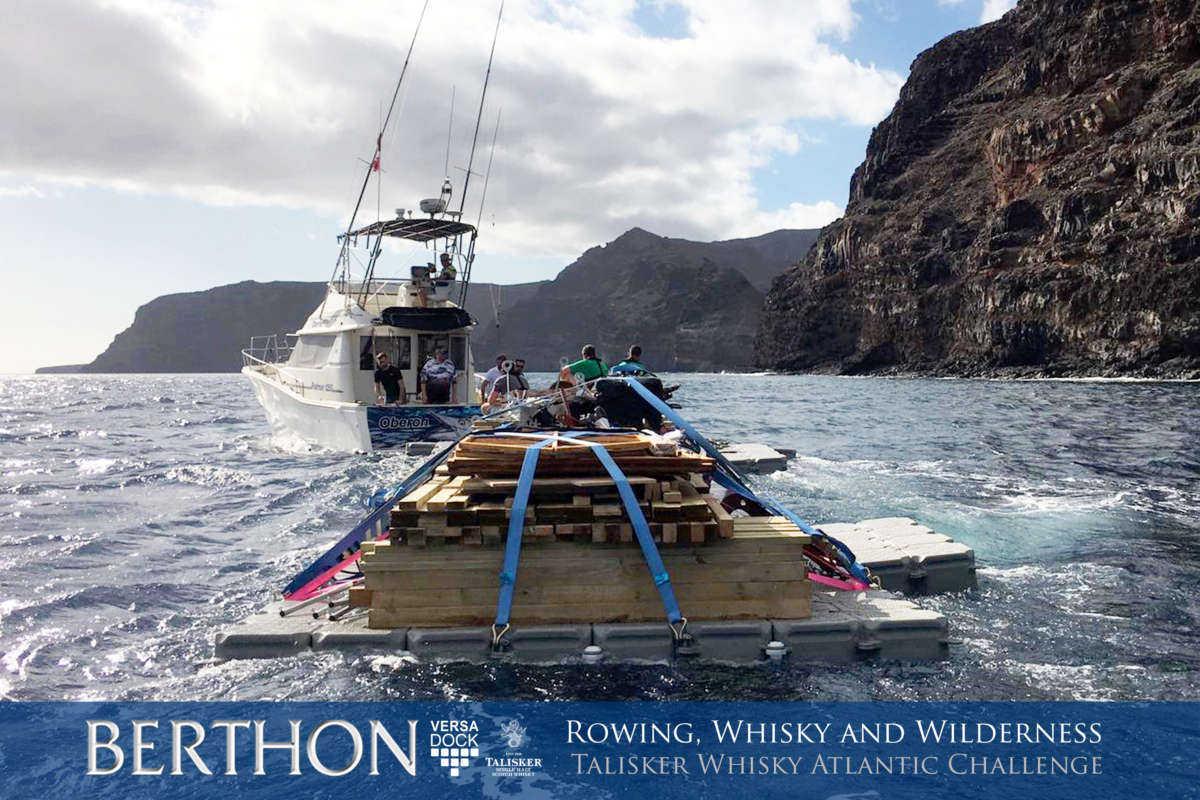 The next two days, the normally idyllic silence of this beach and its surrounding coastline was shattered by the sounds of hammering, sawing and mild profanity as the dreams of a designer in an office somewhere in the UK were sculpted into the landscape. While ashore the work was frenetic out on the water as the pontoon received its final finishing touches. Anchors were bedded in, connectors tightened and a timber cladding added to blend sea with shore seamlessly. 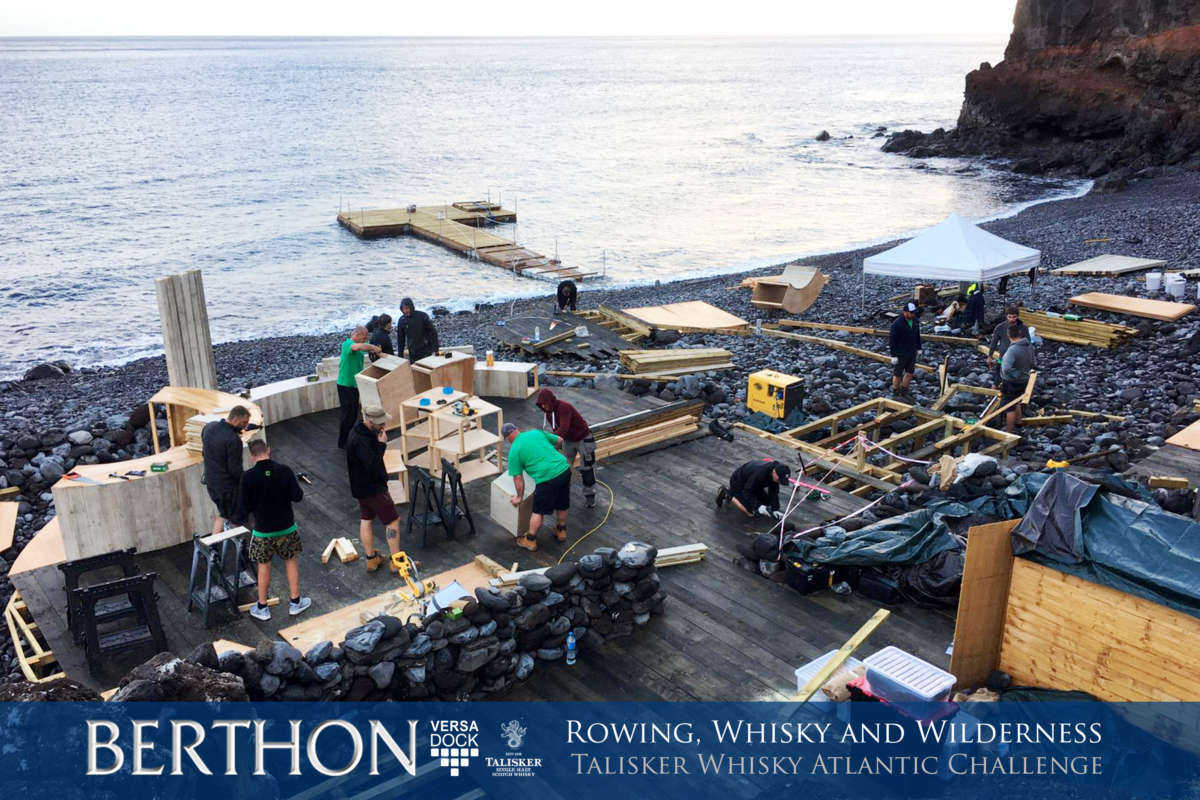 Finally, the realisation dawned. It was done. Concept to completion in two weeks.

Talisker have hosted a number of events like this around the world and have invited along some famous faces to the festivities along the way. The Talisker Atlantic Challenge Wilderness bar was no different with Actor Matt Smith, British adventurer James Aitken and Endurance Athlete Ross Edgeley enjoying cocktails created by Italian Bartender Giorgio Lupi and sampling food cooked on the Fire Table designed by legendary filmmaker and friend of the brand Guy Ritchie.

Now all we have to do, is get all this out of here. 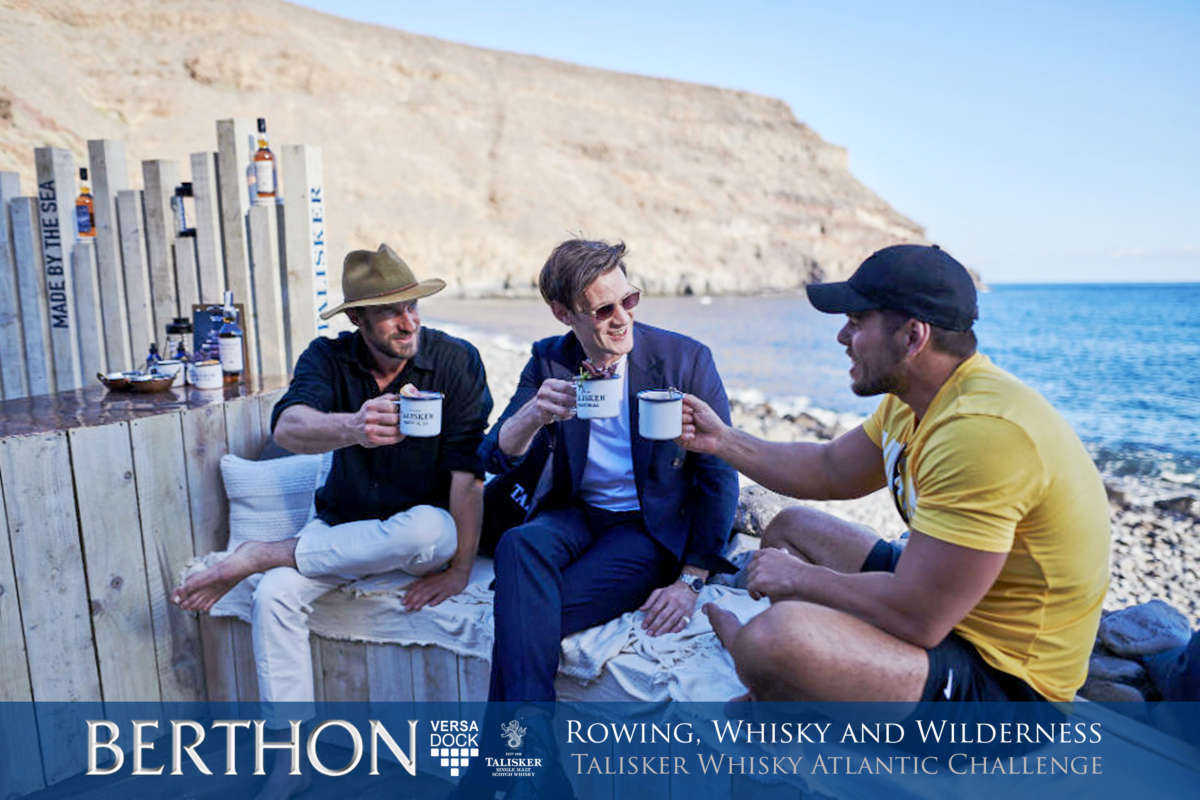 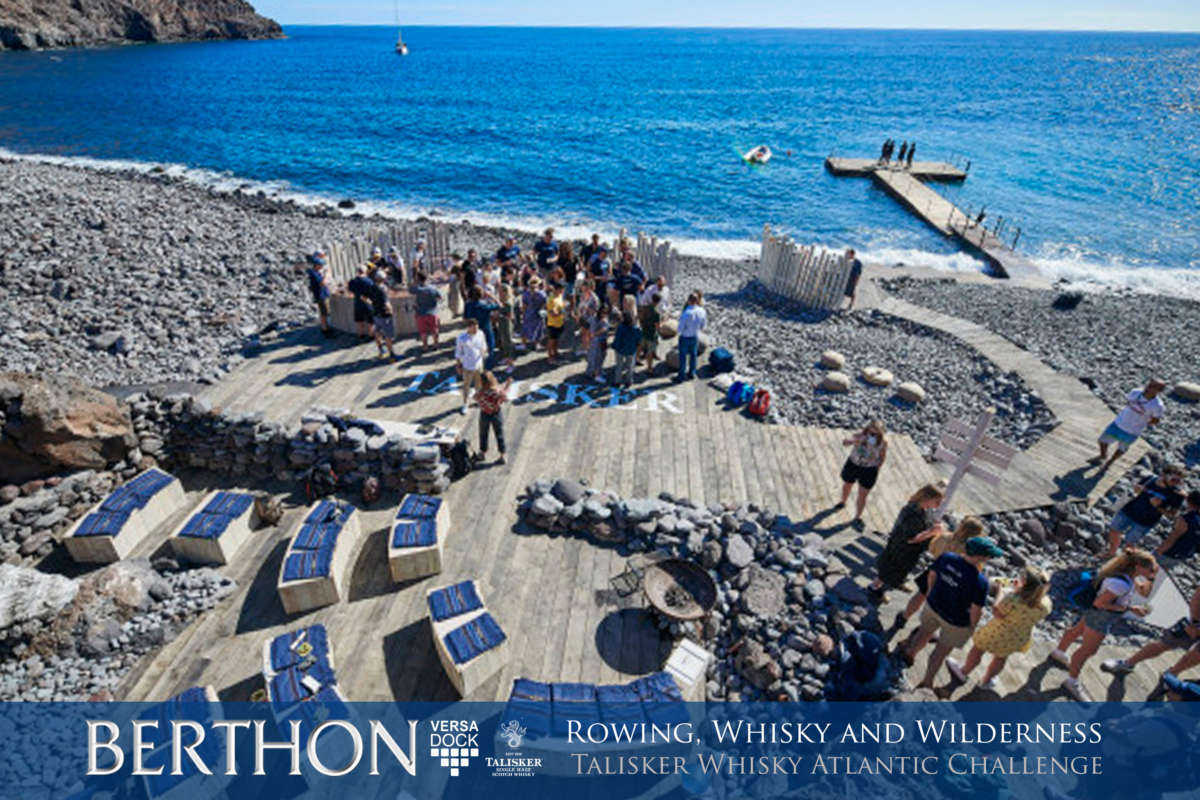