A strong 2018 was followed by an even busier first-half of 2019 for Berthon’s Marine Services Division. As always, their big blue sheds have seen a real mix of commercial, patrolling and defence sector vessels undercover for planned maintenance, major refits and repairs.

Additionally, as part of Berthon’s UK Ministry of Defence in-service support contract, the company has been supporting the MoD Police fleet and the Carrier Alliance, which operate a 24/7 security service throughout Portsmouth Harbour for HMS Queen Elizabeth.

An increase in commercial operated  vessels arriving at Berthon for major refit, upgrade and life extension programmes from as local as the Thames and South Wales  to as far afield as the remote South Atlantic Island of Tristan Da Cunha attests to their ability to deliver  on time-sensitive projects. Clients use Berthon to take advantage of their modern facilities and in-house trades and reliability to deliver projects on budget and, just as importantly, on time. 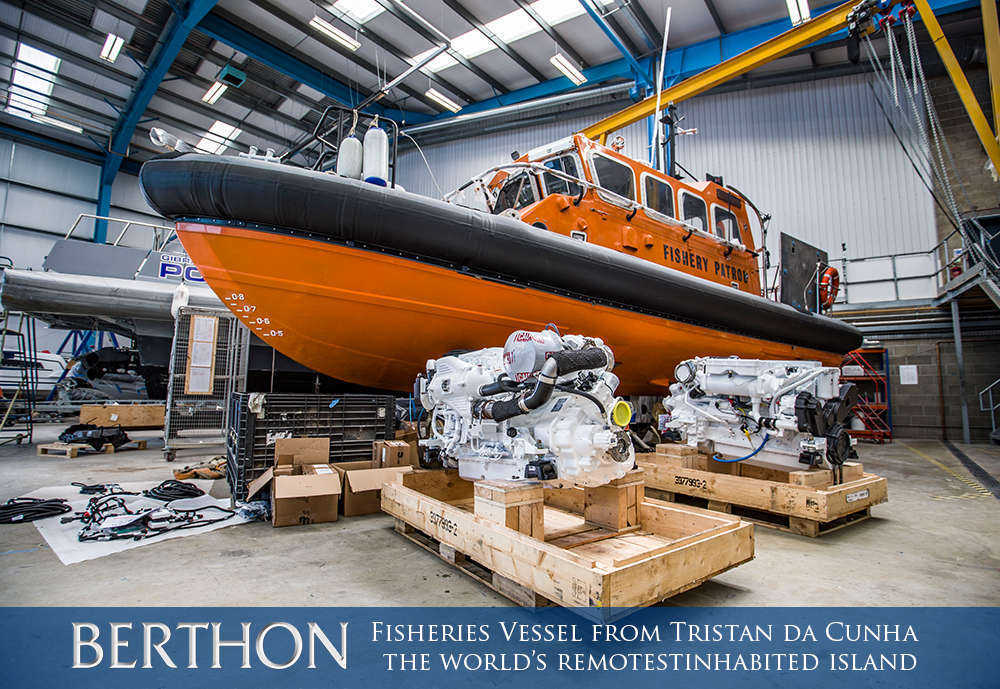 It has also been a busy year for the Port Authority Sector; in these uncertain times (don’t mention the B word!) we are seeing an increase in the number of our clients choosing to refit, upgrade and extend the life of their current fleet as opposed to replacing them with new boats. 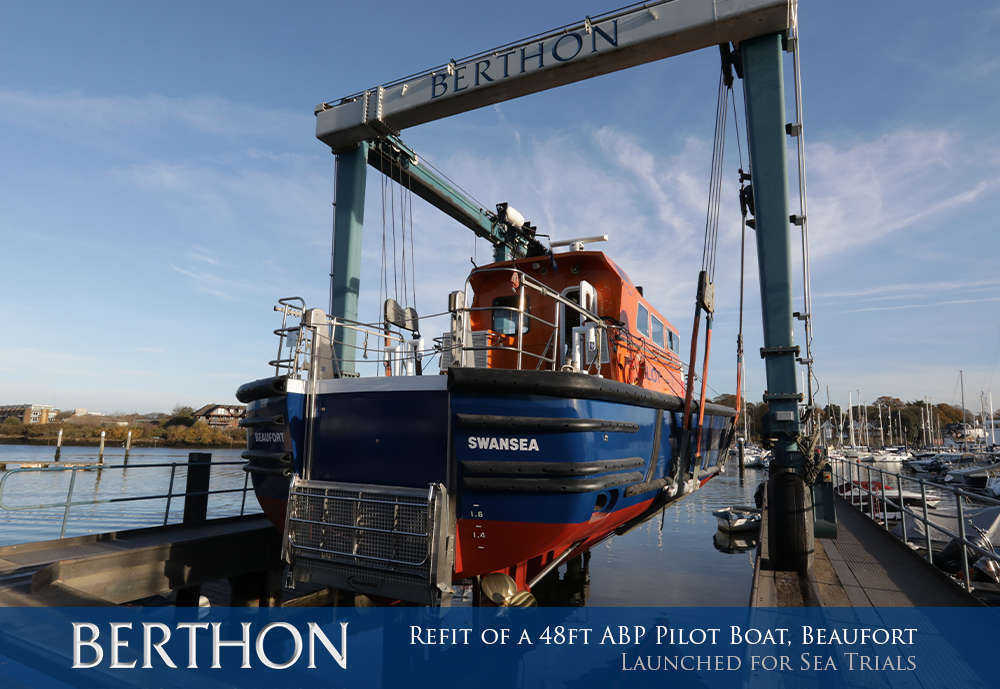 Read all about the Beaufort refit here

UK Border Force (UKBF) have had another eventful year on the South Coast, resulting in their 18m Coastal Patrol Vessels arriving at Berthon’s Lymington base on numerous occasions for servicing, repairs and re-certification. The company’s 150 employees (including over 20 apprentices) are proud supporters of the UKBF and the vital role they play in securing our borders. 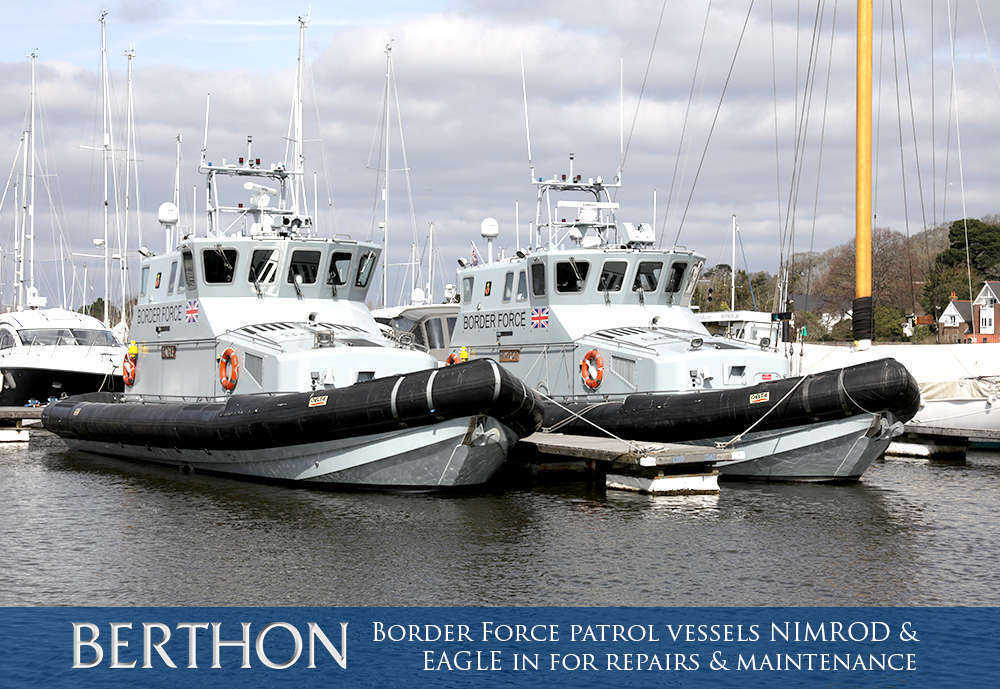 Apart from servicing the most remote island in the world, it has also been an exciting year in other overseas markets, both supporting and delivering new boats and equipment all around the globe, including Canada, Caribbean, UAE, Gibraltar and the Eastern Mediterranean. This has been helped with the opening of a new facility in Palma, in the form of Berthon Spain in 2018.

Since the well-publicised refit of the 1942 Motor Gun Boat last year, which took centre stage at the 75th Anniversary of D-Day, Berthon’s Historical Vessel Refit department has also been busy with numerous fascinating historical projects including a full restoration of the 1951 built Liverpool Class (ex-RNLI) Lifeboat, Queen Eilene. 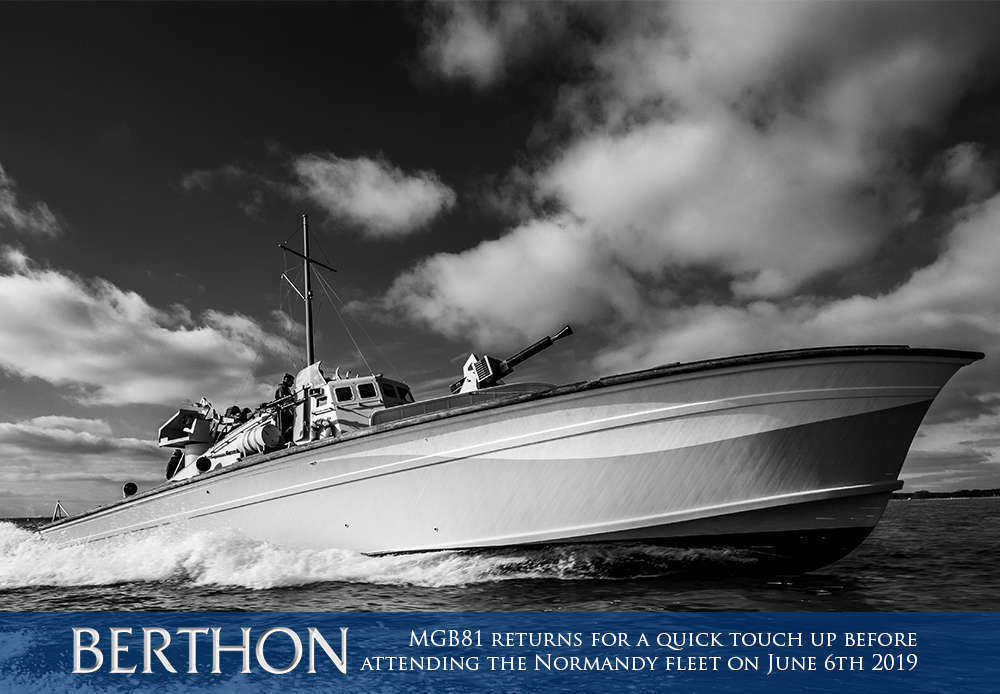 Berthon marine services are looking forward to seeing what comes through the Big Blue Shed doors in the next 6 months!!