Versadock installs a pontoon at the National Marine Aquarium. 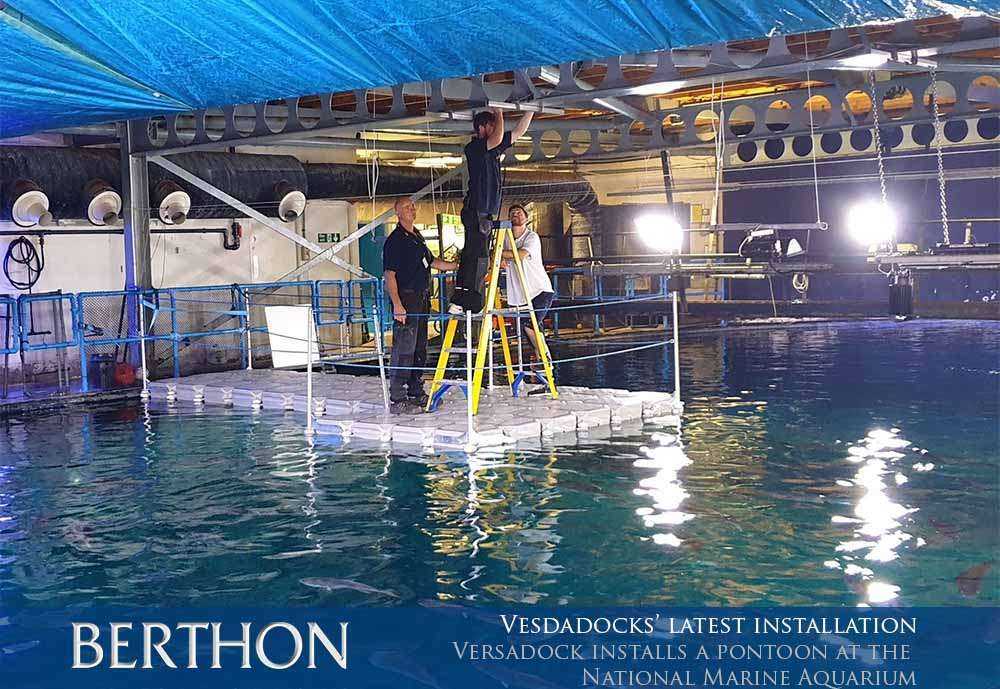 The nature of the Versadock product means that every day is different with some jobs certainly standing out above others. We recently took a call from the National Marine Aquarium which was certainly classed as one of those jobs.

The Plymouth based Aquarium is the largest in the UK. Their maintenance schedule meant that it was time to replace the lights positioned above the tanks, starting with the “Blue Planet” tank. This 700,000 litre tank is home to over 70 species of fish including a number of sharks and a particularly grumpy turtle. 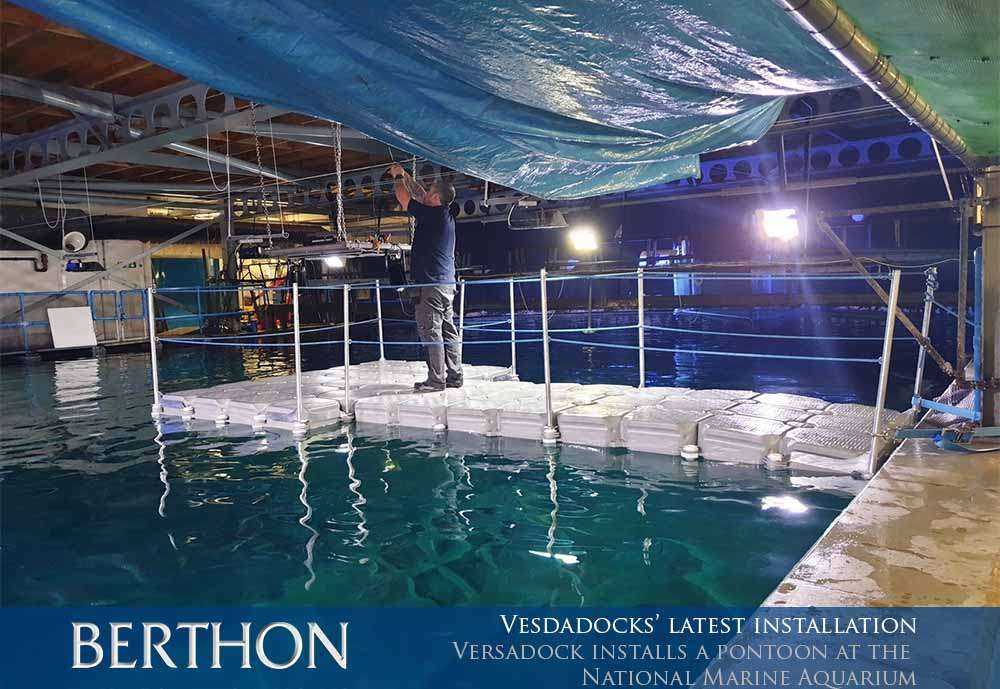 Access to the site is restricted so the easiest solution was to install a modular pontoon with a handrail to keep the electricians and sharks separate. A site survey and risk assessment ensued; “working over deep, shark-infested waters” was a first for us, and an order resulted with the assistance of our highly skilled and knowledgeable team. The pontoon was constructed and prepared for dispatch by our team at basecamp Berthon.

On arrival at the aquarium the parts were swiftly carried up the internal service stairway to the “Tank Room”. Initial fears of the sharks were allayed by the husbandry team who assured us that “the sharks are fine, it’s the Turtle you need to look out for.”  The pontoon was deployed. The first section was launched into the tank and secured before the second piece was attached. Meanwhile the ever-inquisitive turtle reared his head above the surface and watched with interest. Slightly put out by the invasion of his tank he ventured ever nearer until he was in range. A jet of warm water spurted into the face of the installer closest to the turtle. The turtle now swum leisurely away, happy that his warning had been delivered. 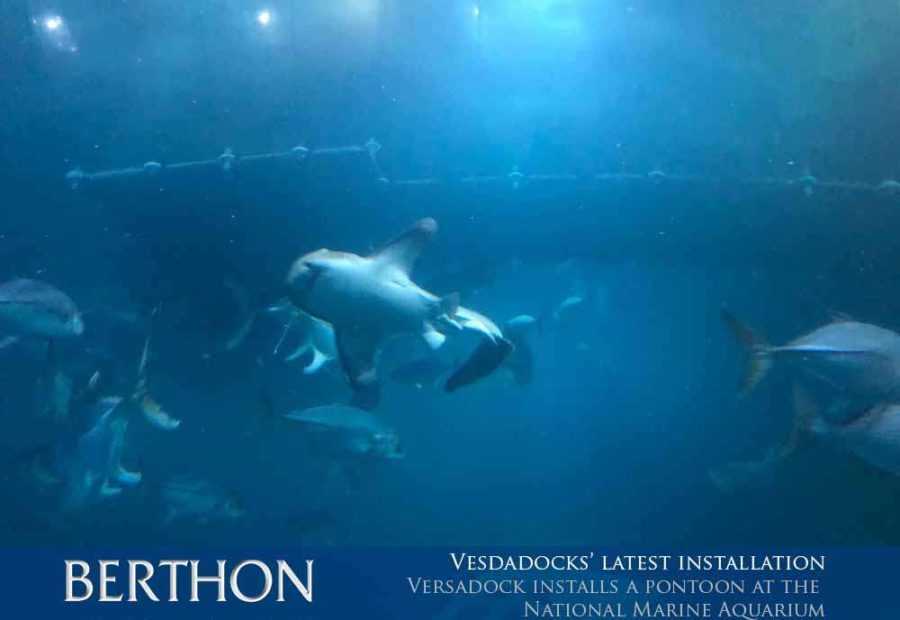 Once the installation was completed the team of Electricians were able to gain access to the pool (albeit under threat of turtle artillery). The blue planet tank is now looking resplendent bathed under the glow of super-efficient LED lighting.

The pontoon was broken down into its constituent parts ready for the move to the next tank. Training was offered to the staff to allow them to be able to reassemble the dock, in the many tanks throughout the aquarium, with ease.

For more information on how Versadock can help you with your seemingly impossible to reach areas, contact our team info@versadock.com or call 01590 671300. 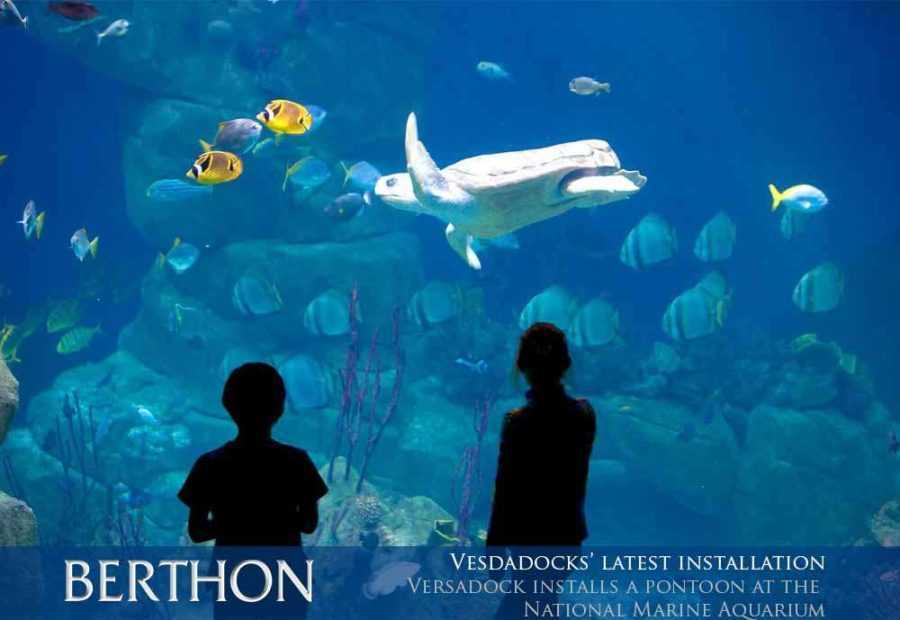